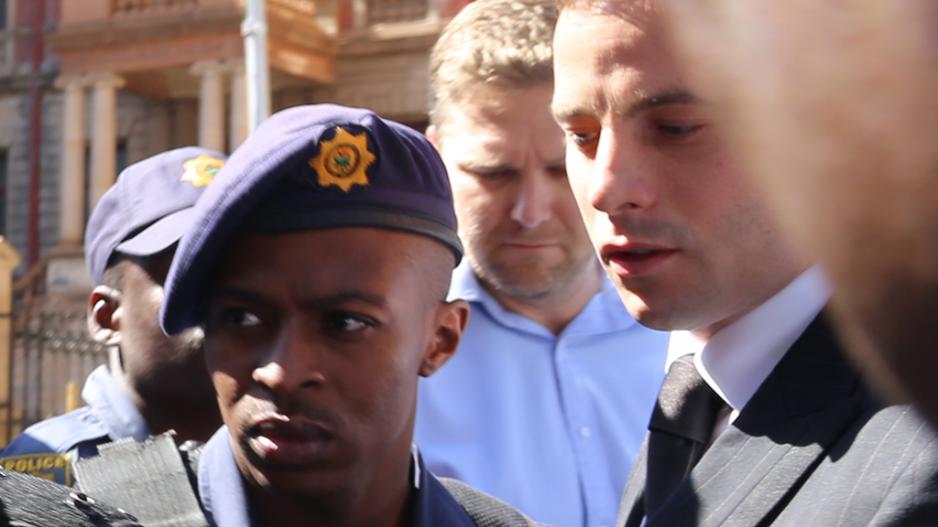 Oscar Pistorius arrives at the North Gauteng High Court on 21 October 2014. He was due to be sentenced for the killing of his model girlfriend Reeva Steenkamp. Picture: Dianne Hawker/ eNCA.

PRETORIA - Oscar Pistorius has been sentenced to five years imprisonment for shooting his girlfriend Reeva Steenkamp, and a three year suspended sentence for negligently firing a gun.

Pistorius sat impassively as he heard that he will now be going to jail.

Prosecutor Gerrie Nel said that the sentence meant, under current law, that Pistorius would automatically be declared unfit to hold a firearm.

In her ruling, Judge Masipa said she had taken into account that Pistorius was 27, a double ampute, single with no dependants, owned no property and was currently unemployed.

She said although his disability was described a big challenge, she had not been comfortable with the defence team’s extreme emphasis on Pistorius’s vulnerability – little had emerged of the brilliant athlete who had competed at international level against able-bodied athletes.

She had been unimpressed by the defence witnesses who had asked for non-custodial sentences and felt that this would sent the wrong message to society.