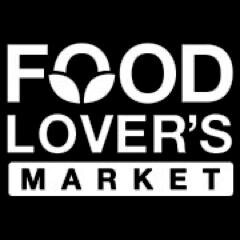 JOHANNESBURG - The entire senior management of Food Lover&39;s Market in Lenasia has been replaced while a racial attack on an employee is investigated.

The fruit and grocery chain condemned the attack on a black employee by a senior co-worker.

Cellphone footage of the supervisor sitting astride the other, whose face is bloodied, has gone viral. It shows the senior employee beating and threatening to kill the other.

According to the company, the team member who was being restrained and held to the ground had tried to stab a colleague. The supervisor, who can be seen in the footage sitting astride the team member, intervened to take his knife away.

But Brian Coppin, Food Lover&39;s Market chief executive, said the company does not condone any form of violence.

"I have seen the video of the incident at the Food Lover’s Market Lenasia store and I am absolutely shocked and horrified that a team member was violently assaulted in this way. I do not condone this behaviour at all and condemn the use of violence in any instance," Coppin said.

"It is not in line with my personal beliefs nor with Food Lover’s Market’s company culture or values. It is also certainly not representative of how we treat our colleagues."

Coppin said an internal investigation was under way and would culminate in an internal disciplinary inquiry, running parallel to criminal charges that are being pursued by the South African Police Service and the National Prosecuting Authority.

The store&39;s senior management team had been replaced and all disciplinary hearings will be chaired by an independent external party.