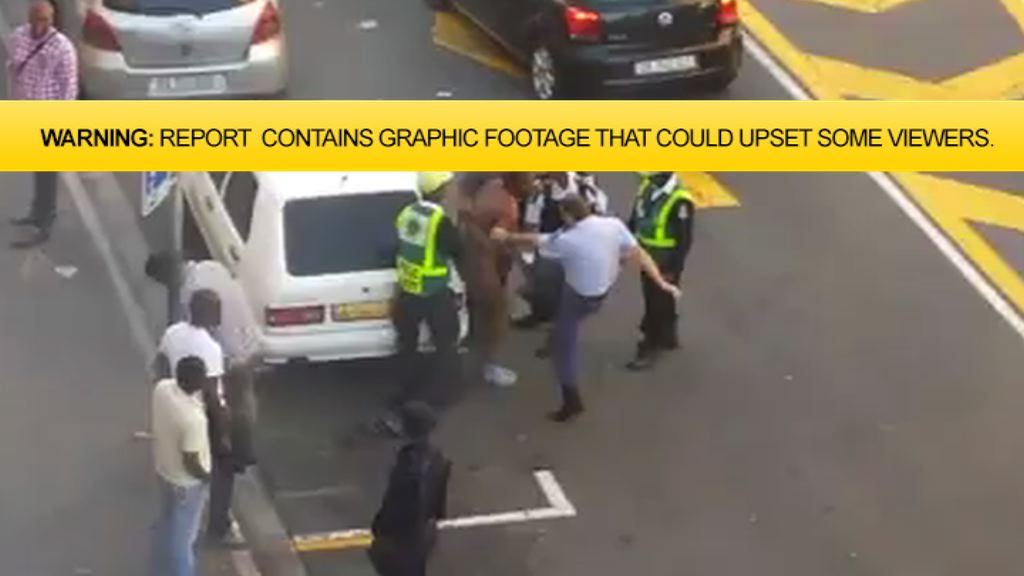 Video footage shot by bystander (who asked eNCA not to be identified) and posted on social network Facebook on Thursday shows two uniformed policemen kicking the naked man in the groin outside a car.

Footage shows three other men - presumably security personnel in the area - holding the man&39;s arms, while the two SAPS officers take turns assaulting the victim as people walk by.

It is not clear what led to the assault.

The bystander, who was at work at the time, said one of the policemen approached her workplace after she yelled at the police asking why the man was being assaulted.

She said a friend of hers was arrested for alleged police interference. The charge was dropped at a later stage.

Western Cape Warrant Officer November Filander confirmed that an investigation had been launched.

"We will ensure that a decisive action is taken against those involved. We also would like to state it very clear that acts of brutality in any form, that are perpetrated against the community will not be tolerated by SAPS Management," said Filander.

He continued, appealing to the public to "exercise some restraint and patience, to allow investigations to take place."