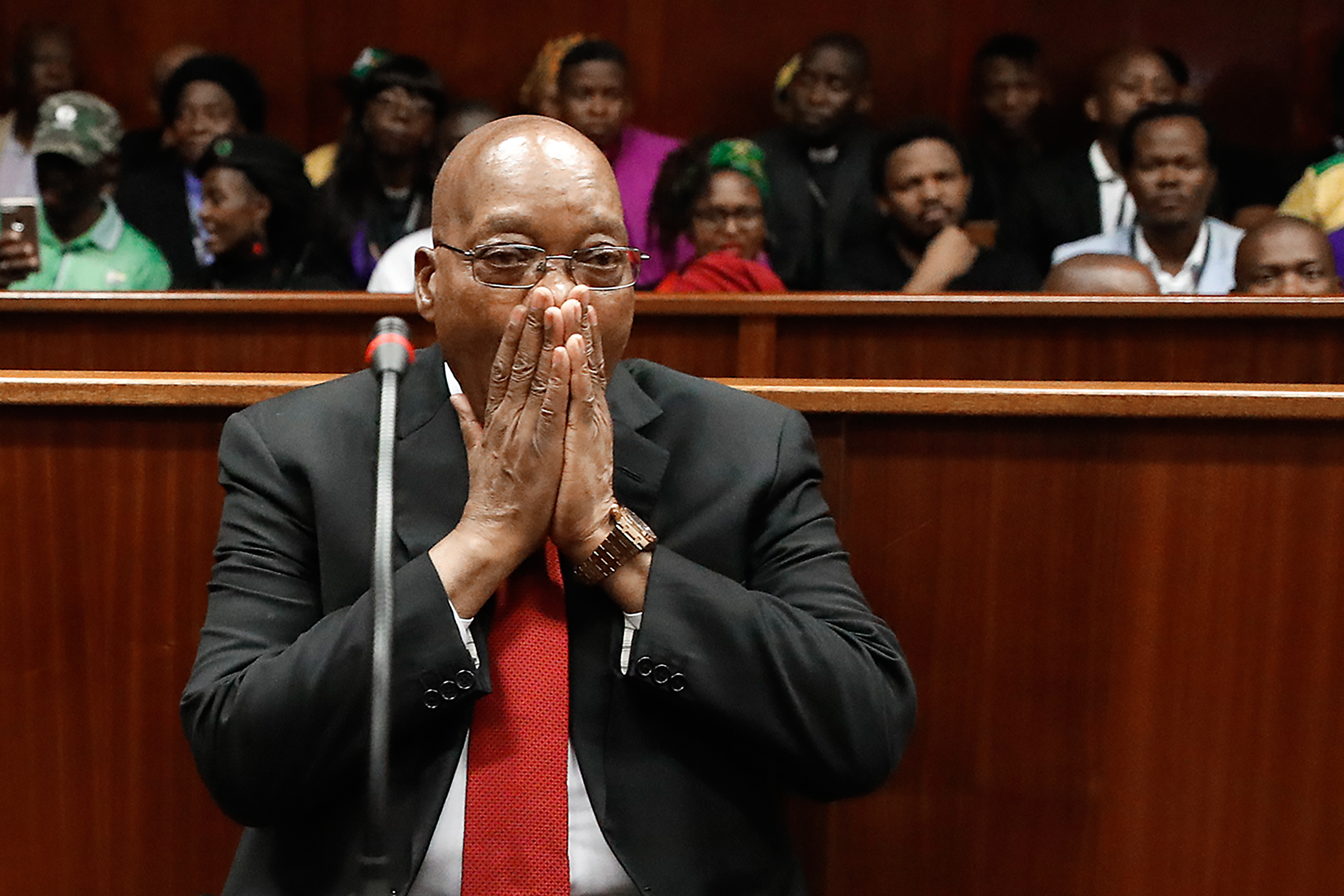 Former South African President Jacob Zuma in the doc as he appeared at the KwaZulu Natal high Court.

CAPE TOWN - Former president Jacob Zuma has run out of money to pay his lawyers.

Earlier this week, the Presidency agreed not to oppose any future court ruling on the State’s provision of legal fees for Zuma.

The Democratic Alliance (DA) asked the court to set aside a 2006 agreement between former president Thabo Mbeki and Zuma to pay for all legal costs incurred for his criminal prosecution.

President Cyril Ramaphosa has revealed in several parliamentary replies the state has spent R15.3 million on Zuma’s legal fees, but experts say it is likely to be more with most senior advocates charging R50,000 a day.

Now the DA want the former president to pay the money back.

Jacob Zuma has cash concerns regarding legal fees. Longtime att Michael Hulley has confirmed to @Enca Adv Kemp J Kemp is not on brief for corruption trial, Hulley and Adv Gani are only acting for next court app. Review of Abraham’s decision to prosecute unlikely to happen. Zuma

But since 2006, Hulley has confirmed to eNCA that those days are over.

Kemp is no longer on brief.

Hulley himeslf and junior counsel Hoosen Gani are only confirmed until Zuma’s next court appearance on 8 June.

Hulley said he had to terminate the counsel brief in light of the uncertainty from the Presidency and the lack of funds.

This means, Zuma’s strategy to take Shaun Abraham’s decision to prosecute on review will no longer happen, the Stalingrad approach is no longer affordable, the piggy bank is empty and Zuma may have to go on trial sooner than anticipated.