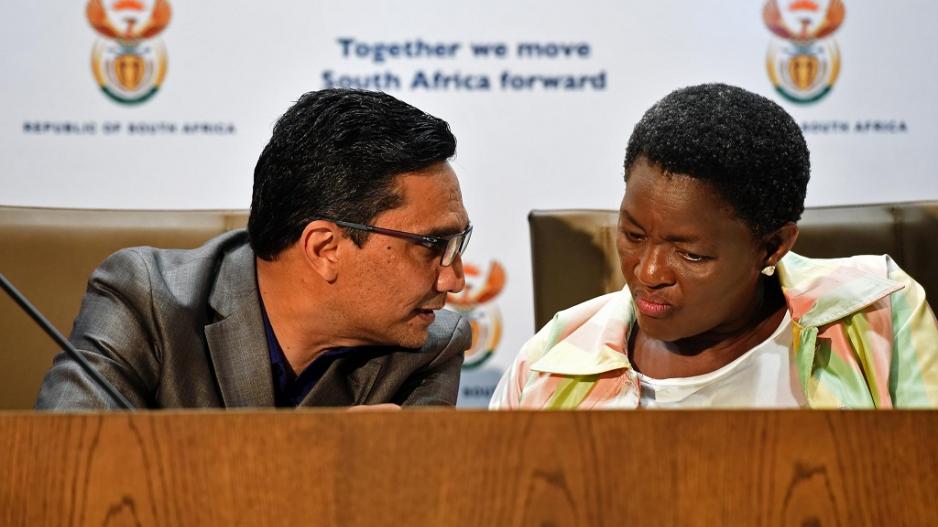 Social Development Director-General Zane Dangor and Minister of Social Development Bathabile Dlamini during the announcement of how NSFAS will assist social grant beneficiaries who pass their matric and are accepted at institutions of higher learning.

JOHANNESBURG - The home of Zane Dangor, former director general of the Department of Social Development, was broken into on Monday afternoon.

Dangor said a number of men had forced their way into his Florida Park home. One of the perpetrators tried to force a cloth over Dangor's son's face but he was repelled and Dangor's children managed to hide in a room while the intruders searched the premises.

Dangor said that no property was stolen. He said he believes the men were looking for his laptop, which was in his possession at the time.

#ZaneDangor: I believe the men may have been looking for my laptop. But I had it with me. They took nothing. #SASSA

According to Dangor, the CEO of the South African Social Security Agency (Sassa), Thokozani Magwaza, saw a car similar to one of the vehicles involved in attack on his home outside his own house yesterday.

@karynmaughan clearly now! This is all #SASSA related. Which means there's a really big story underneath social grants.

The incident follows the recent burglary at the Office of the Chief Justice, in which fifteen computers were stolen.

The Council for the Advancement for the South African Constitution (Casac) called for independent oversight of the investigation into the burglary, claiming that the SAPS and the Hawks lack credibility in the present political climate.

Anyone who thinks this has been a random series of disconnected events, now needs to have a serious rethink @karynmaughan #SASSAcrisis https://t.co/QFLYWaMl6p