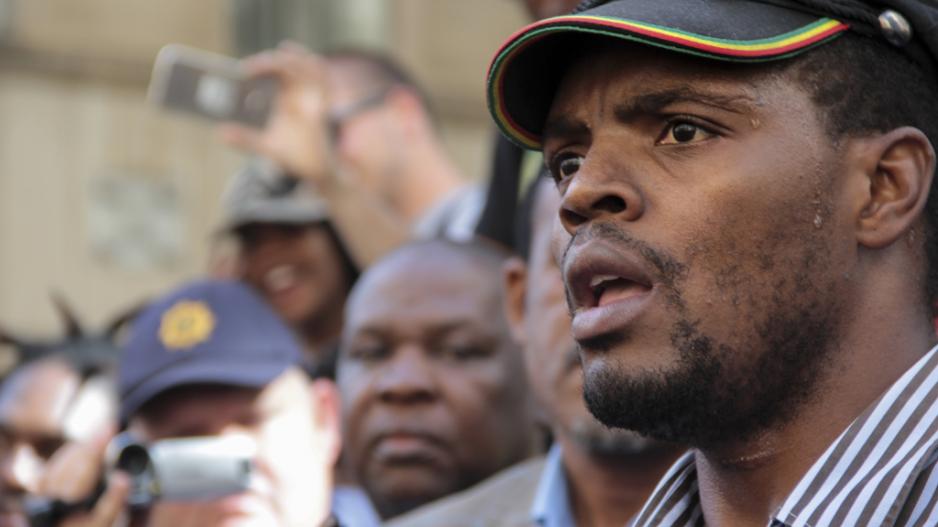 Mcebo Dlamini Pauses as he addresses University of Witwatersrand students, religious figures and the general public during the Fees Must Fall Protest at the Chamber of Mine Workers in the Johannesburg CBD. 28 September 2016

• Editor's note: This article has been updated with additional information.

According to the police, the arrest is linked to recent violent protests on campus.

Wits University students say Dlamini did not resist when police arrested him in his room at the university residence during the early hours of Sunday morning.

The Wits SRC posted on Twitter that a legal team went out to Cleveland police station.

“The SA Police Service stormed his residence room and took him. He was not told why he was arrested,” the SRC said, vowing to continue protesting.

Former SRC president Mcebo has just been arrested. SAPS stormed his residence room and took him. He was not told why he was being arrested.

A legal team is being out together as we speak. We will keep everyone updated.

A march to the police station on Sunday to lend support to Dlamini was being planned.

Wits community newspaper, Wits Vuvuzela, says the arrest apparently has to do with an assault of a police officer.

Dlamini has been arrested for apparently assaulting a police officer #Wits #Fees2017 https://t.co/NDWwO8JdQ3

Mcebo was arrested in a University residence police raid a few hrs ago.I just spent an hour with him at Cleveland Police Station.He's ok...