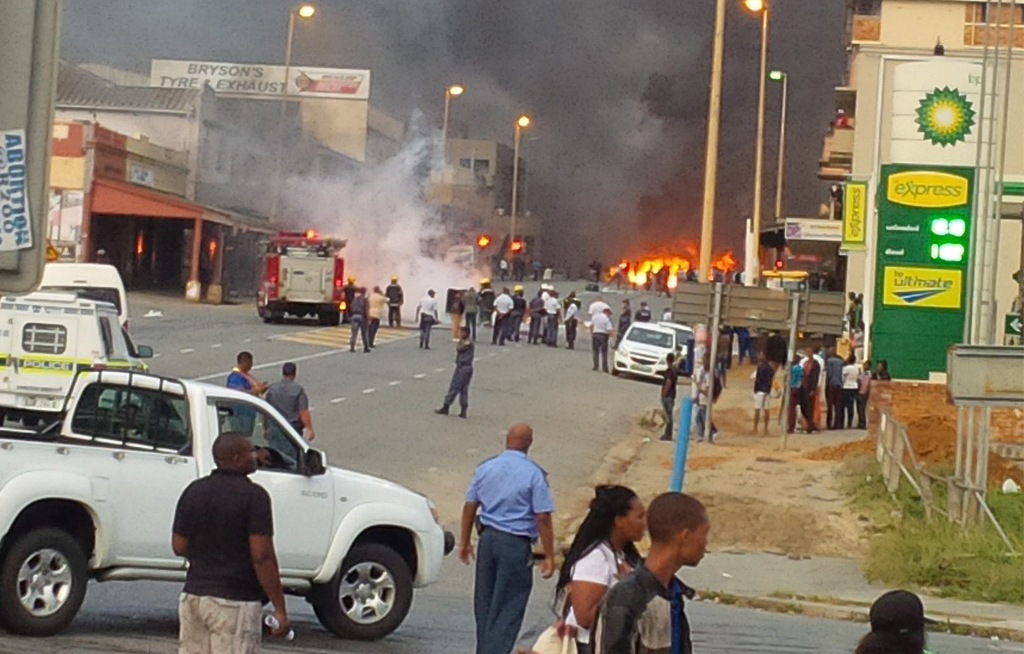 21 October 2015: Fort Hare University in the Eastern Cape burns as protesting students remain steadfast in their demands for a 0% increase in tertiary education fees.

JOHANNESBURG - Protesters at the University of Fort Hare in Alice in the Eastern Cape have destroyed university property and gone on a looting spree.

They blocked all entrances to the campus.

Security officers fled when their office was vandalised.

There has been no police presence.

Protesters said they feel management has been ignoring them.

Meanwhile fearing they may be targeted, university officials have agreed to meet the SRC off campus.

Students are burning their mattresses to keep the fire burning at the entrance of Fort Hare FeesMustFall pic.twitter.com/WEERUaPPEO

Protesters raid the stockroom at Fort Hare, handing out toilet paper to all FeesMustFall pic.twitter.com/jn7nJkMiXM