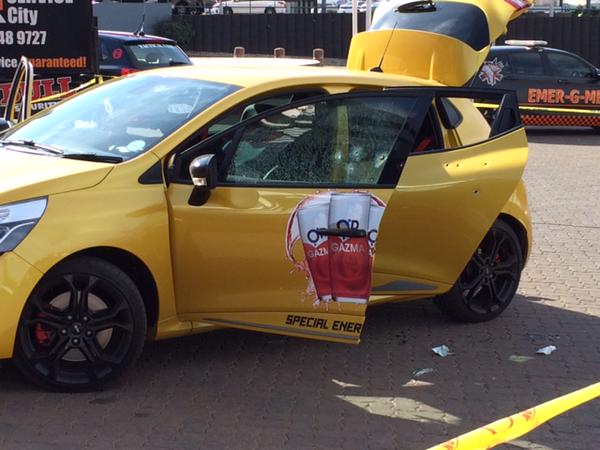 PRETORIA - Four men appeared in the High Court in Pretoria on Monday morning for the 2015 murder of North West billionaire and business mogul Wandile Bozwana.

The four accused -- Sipho Patrick Hudla, Matamela Robert Mutapa, Vusi Reginald Mathibela and Bonginkosi Paul Khumalo -- were in the dock after 10am as their trial resumed.

They face charges including murder, attempted murder and the illegal possession of firearms and ammunition.

Security was tight inside the packed courtroom, with several police officers guarding the suspects. In the public gallery, several people in civilian clothes were also carrying pistols.

Bozwana died at the Unitas Hospital after he and his business partner Mpho Baloyi were shot at while travelling in a yellow Renault Clio in Pretoria in October 2015.

Baloyi was behind the wheel when the shooting took place at the Garsfontein offramp from the N1 freeway.

Bozwana was hit by around nine bullets, while Baloyi sustained two gunshot wounds.

The four men accused of the murder and attempted murder have pleaded not guilty to the charges.

On Monday, Baloyi was on the witness stand, recounting the incidents of October 2, 2015.

“We both had manicure and pedicure at a salon at Sandton. Wandile also had his hair trimmed. He was constantly on his phone, going in and out of the salon,” said a soft spoken Baloyi.

She said the couple also had lunch at McDonald&39;s in Greystone Avenue, at Sandton before heading to Pretoria.

State prosecutors intended to show CCTV footage of Baloyi and Bozwana’s movements. Baloyi told the court that the CCTV footage was a correct reflection of their movements, but the accused men’s attorneys vehemently objected to the showing and admissibility of that footage.

At the time of his death, Bozwana embroiled in legal wrangles with the North West province regarding the allocation of tenders.

Bozwana was also chairperson of the North West Business Forum.

Some members of the forum believed the murder was a bid to silence him on his outspoken criticism of alleged corruption and the blacklisting of certain companies by the North West provincial authorities including Premier Supra Mahumapelo.