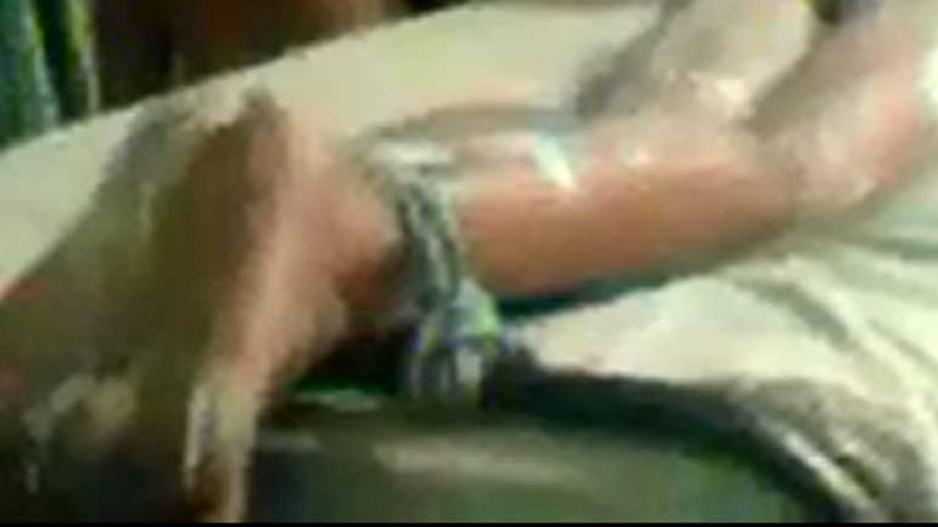 A screen grab from a video shows a grade 8 pupil's feet tied by schoolmates during an initiation ceremony at a Northern Cape school in February 2015.

JOHANNESBURG – Four pupils from a Northern Cape high school will appear in court on rape and assault charges after they allegedly tied a pupil to a steel bed frame and raped him with a broom.

Police spokesman Dimakatso Mooi said the boys are aged between 14 and 19 and are expected to appear in the Jan Kempdorp magistrate’s court on Friday.

“It is alleged that they entered the room of the new pupil at around 9pm on Sunday as part of an initiation, but they went too far,” she said.

eNCA is in possession of video footage of the incident.

The footage shows the black pupil tied to a bed being shaved by a number of white boys.

A large number of pupils of all races are seen standing in the background, some of them laughing, occasionally leaning forward to see the progress of the initiation.

City Press reported that the boys then went on to rape the boy with a broom.

“The boy called his mother as he was not feeling well and wanted to go see a doctor. He told her what had happened,” said Mooi.

Beeld reported that the boy&39;s mother said the attack should not be seen exclusively as racist.

"An attack like this can take place in the same group," she said.

"He is broken, but strong enough to speak about the ordeal. He does not want this to happen to another child."

The mother said the boy would not return to the school.

An investigation is under way.