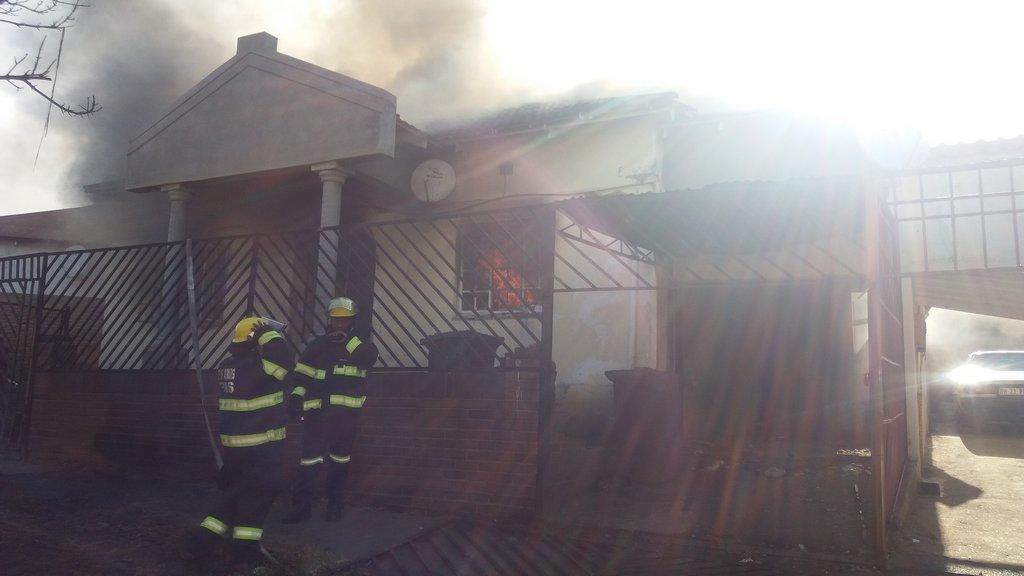 Community leaders earlier this week called for brothels to be closed down and drug dens to be destroyed in the community.

JOHANNESBURG – Police have arrested a man found in one of the houses that were set alight in Rosettenville on Saturday.

Four houses believed to be brothels were torched, allegedly by angry community members. Additional police were then deployed to the area that evening.

The suspect, who is expected to be charged with arson and public violence, will appear in court on Monday.

"The deployment was made from various police will continue to monitor and trying to trace those who were involved in these criminal activities," police spokesperson Kay Makhubela said on Sunday.

Reporter @KhayaJames brings an update on violence that erupted in Rosettenville, Johannesburg.

Community leaders this week called for brothels to be closed down and drug dens in the suburb to be destroyed.

But Makhubele said: “The police came to disperse the people who were illegally gathered. They used rubber bullets and no one was injured.” If anyone was shot by police they needed to report the matter to the nearest police station, he said.

Earlier this week, Johannesburg mayor Herman Mashaba visited the area and said the city will set up a specialised JMPD task team.

“According to community members, these homes are illegally occupied by Nigerian foreign nationals who run the homes as brothels and have girls as young as nine years old working as prostitutes. Many of the women in these brothels are also alleged to have no official identification documentation,” Mashaba said in a statement.