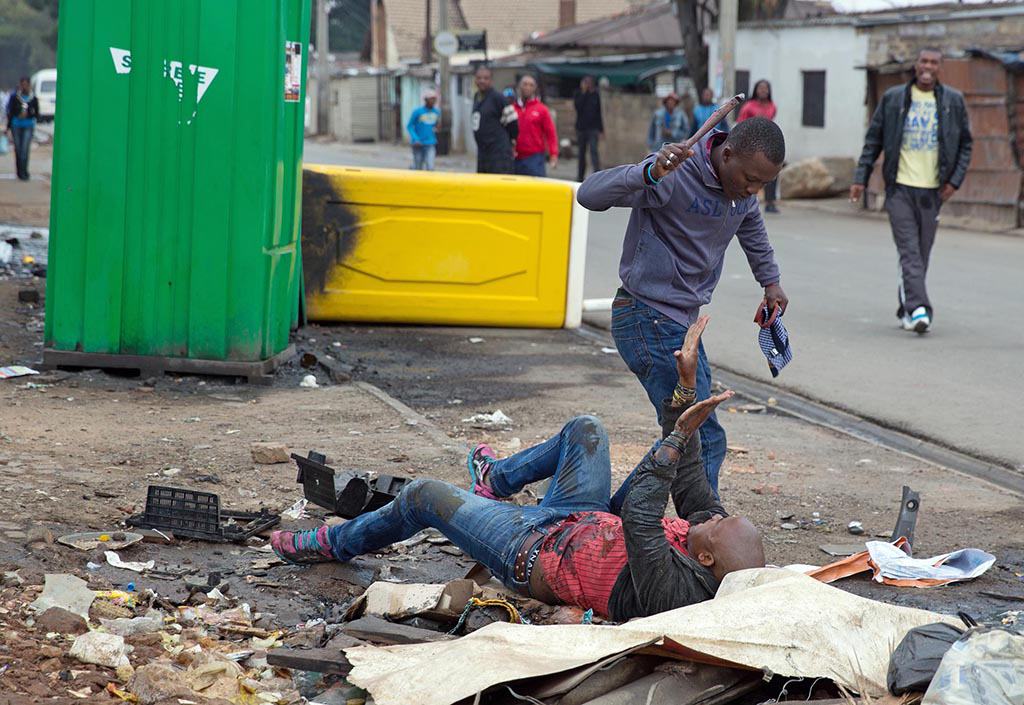 Mozambique national Emmanuel Sithole collapses on the pavement after he was attacked by men in Alexandra township in Johannesburg on April 18, 2015. He later died from his wounds.

JOHANNESBURG - Police say they have arrested a fourth suspect in connection with the brutal murder of a Mozambican vendor, Emmanuel Sithole, over the weekend.

Three other men believed to be involved in beating and stabbing the 35-year-old to death, were nabbed in Alexandra on Monday.

The photojournalist later helped transport the victim to a hospital where he succumbed to his wounds.

SAPS spokesperson, Colonel Lungelo Dlamini, told eNCA the reward offered to community members who came forward with information on the case, would likely be paid out after the case had gone to court.

"We are happy that the community are saying no to crime and we hope they will keep coming forward," said Dlamini.

Asked about safety at the court on Tuesday morning, Dlamini said they would keep the police in the area to monitor the situation.

"We will deploy all our members there to ensure that it is safe."

Police on Monday told eNCA they were treating Sithole&39;s death as a "robbery gone wrong".

Sithole had been living in South Africa for almost 10 years.His death was one in a spate of violent attacks on foriegn nationals, which has left a dozen others dead in recent weeks.

The suspects are due to appear at the Alexandra Magistrate&39;s Court on Tuesday.