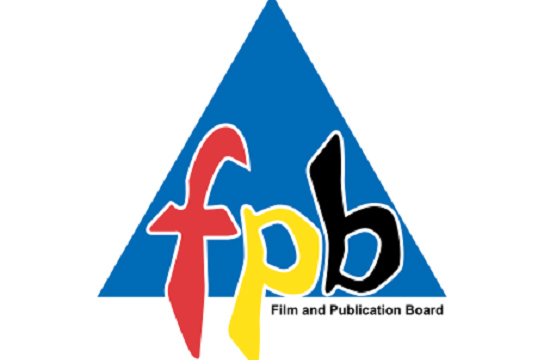 The logo of the South African Film and Publication Board (FPB).

JOHANNESBURG – While not yet set in stone, South Africa’s draft online policy has been gazetted. The new proposal includes strong online censorship controls and many social commentators see this move as setting South Africa back decades if approved.

The Interactive Advertising Bureau of South Africa (IAB) formally engaged with the Film and Publications Board (FPB) over the policy in order to discuss its concerns.

The IAB says the policy has potentially far-reaching implications for free speech in South Africa.

The IAB adds that the provisions would also have a massive impact on:-

• Online publications, which are very broadly defined and would catch a massive amount of content available online, including news and current affairs content. At best, the substantial licence and classification fees paid by distributors and publishers under the policy would ultimately be passed on to consumers as a cost of access. More likely, the fees and added administrative burden would put many publishers, particularly smaller ones, out of business completely, thereby directly diminishing media diversity in South Africa.

• Consumers, who would also experience delays in receiving access to content because the policy requires pre-classification, so the idea of getting content out instantly – for example a breaking news article – would now become increasingly difficult,

The practical implications of having to assess and pre-classify every publication would mean that it could become unviable to maintain the kind of volume and frequency of published information that South Africans currently enjoy.

The policy provides for the FPB to take down any content that it deems unacceptable under its criteria, or inadequately classified. It could clearly also be applied to ordinary South African citizens with blogs or websites, and not just to commercial entities.

While countries like Turkey, China and Iran have taken strong internet stances the IAB says South Africa is not heading this way, but civil society needs to be vigilant.

The IAB said that the FPB has been cooperative and has committed to consulting with it with regards to the draft policy going forward.

It said it had been working with the Press Council and the South African National Editors forum (SANEF) for some time, independently and initially without knowledge of the FPB&39;s Draft Policy, on a revised Press Council and Press Code that would extend to online content.

“We believe that a well-formulated self-regulatory infrastructure has a far greater chance of succeeding in meeting the FPB&39;s stated aims of protecting consumers, including children and other vulnerable groups, whilst at the same time respecting freedom of expression as enshrined in our constitution,“ said the IAB.

Although the PFB listed online security for children as one of its chief concerns, the IAB said that other ways exist to protect children online, such as better education, filtering software and settings and Industry self-regulation.

Responding to the concerns of the IAB, eNCA&39;s Shallan Govender requested feedback from the Film and Publications Board.

The FPB&39;s response to the questions addressed to them is presented below:-

SG: After being gazetted what is the next stage of the policy?

FPB: The FPB will incorporate the public inputs received through the public engagement process and will put together a findings document that will inform the final policy. The normal procedures applicable to proposed legislation will apply following this.

SG: Does the FPB find the draft policy to be a censorship or more of a protective method? If so please explain?

FPB: The FPB has a mandate to regulate creation, possession and distribution of content in the Republic, which includes the online space.

The policy seeks to create and enhance cooperation between the Board and the industry to ensure uniform classification, labelling and compliance monitoring of digitally distributed content, hence why it is looking at a co-regulation model.

The FPB has a set of guidelines, that informs the classification of content in the Republic, and therefore distributors of online content will be expected to conform to the same standards.

SG: Is there any other country that you are using as an example for this policy where it has worked well?

FPB: The FPB has benchmarked against best practices where there are countries who have advanced classification systems such as Australia, the United Kingdom and Brazil.

The draft policy has been tailored to SA needs, however the outcomes remain the same irrespective of jurisdiction.  The objective and methodology is to inform and educate society.

SG: Have you received many concerns about the policy, and if so, what procedures are you asking them to follow?

FPB: The submission process is still ongoing and we have received and continue to receive submissions.

Any person who wishes to submit representations or comments is invited to do within 90 (ninety) days from the date of publication (4 March 2014), by no later than 16h00.

Submissions should be emailed to [email protected] or hand delivered to the FPB head office at ECO Glade 2, 420 Witch Hazel Street, ECO Park, Centurion, 0169 and marked for the attention to Ms Tholoana Ncheke.

SG: The censorship powers in the draft policy could have adverse consequences for news media and even individual bloggers and small businesses. Why were they included and what is the aim of this?

FPB: It is not censorship. The policy will only be applicable to those that distribute content online on a commercial basis. To the extent that the content contains classifiable elements, such content will have to be classified and the FPB logo displayed to inform views of the content.

SG: What events have led the FPB to this draft online policy?

FPB: The current legislation is not platform specific, and the FPB’s compliance and classification activities have over the years focused more on physical platforms and less on the online space, resulting in children being exposed to unclassified content accessed through the internet and other mobile platforms.

Media convergence has fundamentally transformed the way media content is distributed and consumed.  The draft online regulation policy is meant to address such challenges.

Also, in pursuit of fulfilling its regulatory mandate, the FPB commenced a process of development of an Online Content Regulation Policy to better regulate content on the internet and embarked on a process of consulting members of the public to assess whether the policy provisions contained within the draft document  are in line with the needs and vision of the South African public and the industry the FPB is mandated to regulate.

Through the development of the draft policy, the FPB seeks to create and enhance cooperation between the Board and the industry to ensure uniform classification, labelling and compliance monitoring of digitally distributed content.

SG: What other methods can be used to protect children online?

FPB: The Board has online monitors whose duty is to check compliance of content being distributed online, including social networks.

The FPB also conducts education and outreach activities and campaigns throughout the year that include workshops with schools and roundtable discussions with industry and community groups and industry partners.

Its signature Back-2- School campaign aims to inform learners educators, parents and guardians and the public at large about the importance of classification and cyber safety, tackling issues such as sexting, cyber bullying, chat rooms, child grooming and uploading of harmful sexually explicit material online.

These activities involve working with partners, some of whom include Google South Africa, Gauteng Department of  Education, SaveTNet, Parents Corner and academic institutions.

However, further to this, it is important that there is a continuous collective effort by industry and society to ensure the safety of children online by being aware of what children are accessing online and being vigilant about the activities they engage in and sites they access on line.

As part of the public engagement process, the FPB will engage industry players on the policy and will conduct a workshop to get their input on the policy.