Free education a possibility, but only for the poor: Nzimande 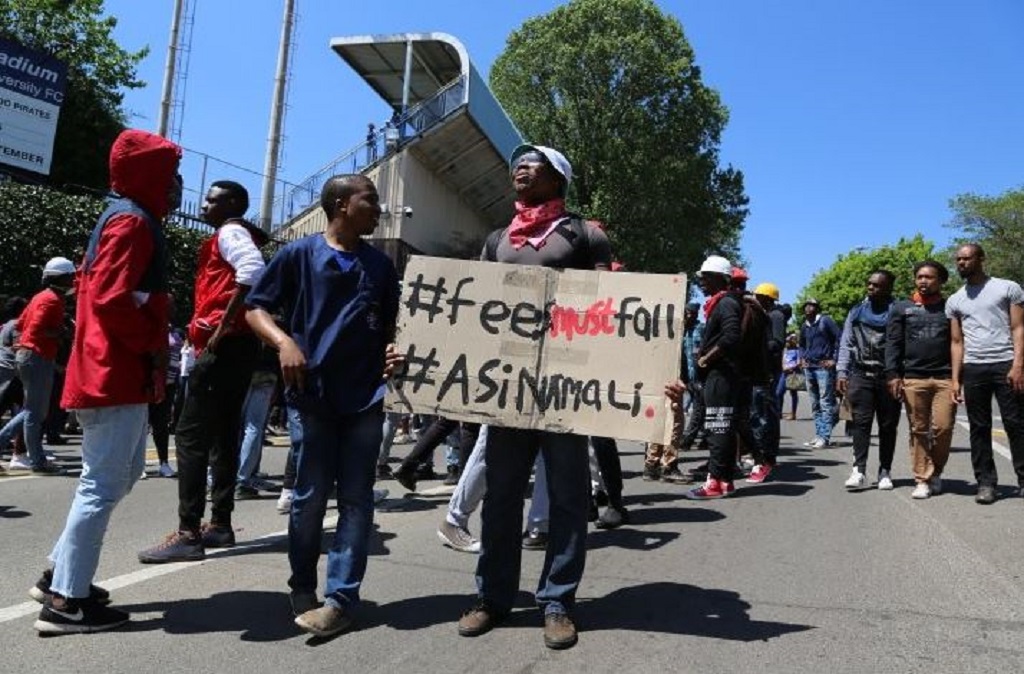 A written on a placard carried by one of the students at Wits University.

CENTURION - Minister of Higher Education Blade Nzimande said the government remains committed to realising free tertiary education for those who can’t afford it.

“In terms of the levels of inequality in our country and given our history of who has been deprived the most of access to further education. It has been the poor.”

The minister was addressing the Commission of Inquiry into Higher Education and Training established to enquire into, report on and make recommendations on the feasibility of fee free higher education.

He said it would be impossible in a country like South Africa to have free education for everyone.

“Some have been saying that in Cuba, higher education is free for everyone, of course it should be because there is no wealthy class in Cuba – that’s a different situation.

“You can’t in highly unequal capitalist societies (like South Africa) have higher education for all,” said Nzimande.

“If South Africa remains the society it is with the economic system it has I don’t see it (free education for all) happening in this context,” said the minister.

#Nzimande: In the immediate trajectory of the country it's difficult to see free education for all happening now #FeesCommission

The day’s session began with evidence leaders asking the minister to interpret section 29 (1) (b) of the Bill of Rights in South Africa’s Constitution which refers to higher education.

Nzimande said that the way the government had interpreted this section of the Bill of Rights was that  “the progressive realisation of free higher education for the poor has been how government has anchored this policy because... of levels of inequality in this country and who has been deprived the most.”

He added that neither ANC policies nor the Freedom Charter stipulated a clause for free education for all.

“The Freedom Charter was much more cautious on higher education than other ANC policy documents,” said Nzimande.

He said the Freedom Charter stated that higher education and technical training shall be opened to all by means of state allowances and scholarships awarded on the basis of merit – “There’s no free there,” said the minister.

Nzimande: There is no resolution that speaks about free education for all in the African National Congress. #FeesCommission

Nzimande said that through NSFAS funding the government was already meeting the Freedom Charter clause of scholarships being awarded through state allowances, based on merit.

The minister said he was part of both the Polokwane and the Mangaung ANC conferences and any talks of free higher education were made in the context of for the poor only.