From Opera to Activism with no regrets 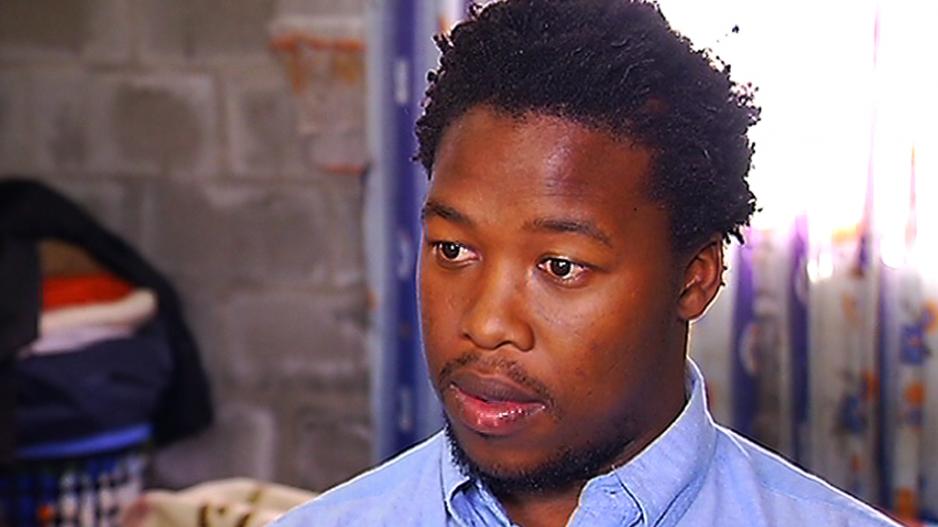 Cape Town, 26 September 2016 - Five UCT students banned from campus earlier this year are fighting to have their suspensions lifted. One of them, Slovo Magida, says he has no regrets.

CAPE TOWN - Five UCT students banned from campus earlier this year are fighting to have their suspensions lifted.

But one says he has no regrets.

Slovo Magida was arrested in October outside Parliament and then again in February, and interdicted from entering any UCT campus.

Magida says he would do it all again, but his activism may thwart his ambition and muzzle his voice.

After Magida was arrested outside Parliament last year, when students and police clashed, he was charged with treason.

The case was later dropped, but in February this year, he was arrested for instigating the burning of paintings.

“My reaction was why would they leave the buildings and only the paintings? Shacks burn all the time with people in them and nobody cares, black people just knock the shacks again so its not a shock when colonial structures are being burnt, white people’s paintings , I wish they would burn more in fact, they should burn more,” Slovo said.

Reporter: “How can you learn from the past if you burn it?”

Slovo was also arrested for wearing a T-shirt on campus which appeared to say, &39;KILL ALL WHITES&39; but upon closer inspection, one could see a tiny "S" in front of the "K".

He was taken to court and interdicted and then charged with violating the interdict ... and that’s when another side of Magida became apparent for those who didn’t know him.

Magida loves Opera. He was a student at UCT’s music school but failed his theory exam, which left him stricken.

“My Mom came back from work and her boss was throwing away cd’s and we are the rubbish bins for white people so she took the cd and plugged it in and then people said its Pavarotti, its Pavarotti. And that’s how I learnt about opera. I even called myself Slovorotti for awhile, so that’s how I came to learn about music at the age of four,” he said.

Slovos Mother died when he was 12. He was sent to a private school by her employers.

His dream is to study opera in Italy.

Reporter: “Why did you decide to go and study in Italy, the seat of cultural imperialism?”

“Of course – there is always this question – you are an activist but you sing white peoples music. I like to say – well you beat the master using their own tools."

"I do understand this thing of singing in Italy, to overseas for white people – us black people – still don’t have a culture of buying an opera ticket, so I will go to Italy and make a name and then come back and give to the community and teach the arts to kids like I think it should.”

‘This anger is fuelled by the sadness of young people who lose hope after being kicked out for not paying fees or because they are not academic enough to stay and so its about black people suffering while the lumpen bourgeoisie and whites look on and do nothing.”

Slovo has been invited to sing in Europe and the United States, but he is unlikely to qualify for a visa if he gets a criminal record.

* Watch the full interview with Annika Larsen, in the gallery above.