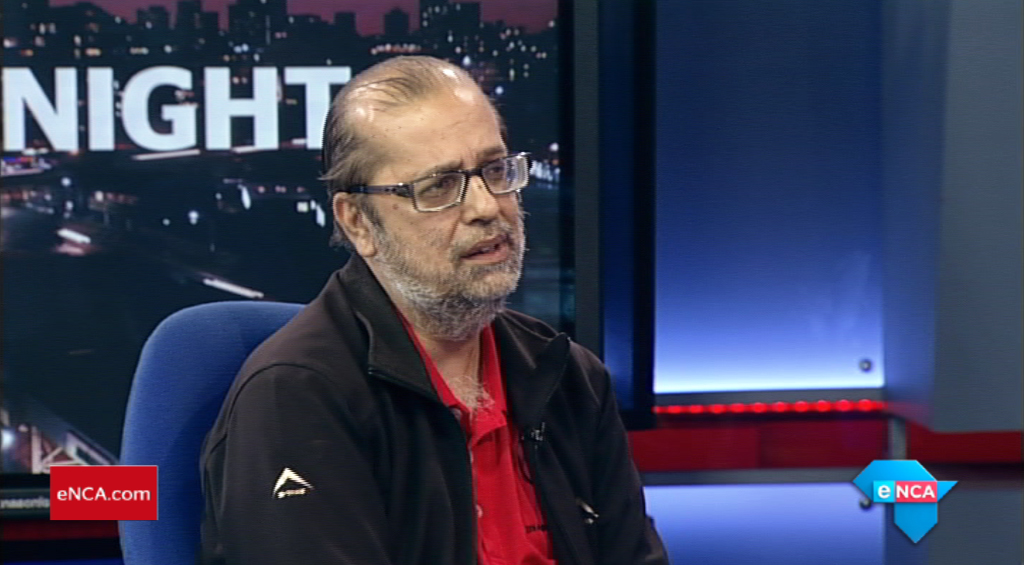 In an interview on eNCA, Carrim challenged Bekker to an open debate over the encryption of set top boxes.

"Please...don&39;t let him have Imtiaaz Patel or one of black or African people speak on his behalf, he mustn&39;t hide behind people, I&39;m very happy to have an open debate with him," Carrim said.

Naspers is the parent company of Multichoice.

Carrim insisted that Bekker actively lobbied him to change government policy on digital migration to help ensure Multichoice remained the only player in the pay television sector.

Multichoice is also accused of manipulating deals to benefit Gupta-linked companies and of trying to get the SABC board to sway government policy in its favour.

"In the first instance we should never have accepted... this agreement between SABC and Multichoice, (which) was signed a week before I was appointed," said Carrim.

"When I became minister, we said it&39;s fine to have a 24-hour channel on DSTV because the state could not fund it.

"Firstly we had a problem with the R100-million given that, at that stage, experts told us it&39;s worth far more because SABC 1 and 2 had the biggest viewers for DSTV at the time.

"Secondly, because they had a provision there that said that SABC will not allow for encryption - it&39;s not for the SABC to decide that.

"You can&39;t determine government policy through an agreement with the public broadcaster, so we objected on the grounds that it&39;s not for Multichoice or Naspers to determine that.

"As for all these (allegations) about Multichoice, DSTV, Naspers doing all the things you say, you should actually call them to answer for it. I know a lot, but I think it would be awkward and unnecessary unless they are here, and you want to encourage Koos Bekker to come and speak on the same panel as I would.

"Even after cabinet took the decision, they waged a ferocious campaign, they mobilised people...

"It&39;s wrong for the SABC to reject digital migration on the basis of encryption, it was basically meant for them so they can compete, it was meant for African entrepreneurs, its part of the ANC&39;s policy on monopoly capital, (and) that’s why I suggest that Parliament should consider a hearing on this matter.

"Right now we are looking into Eskom. People are saying &39;why look at only the Guptas? Why look at the state-owned sector, what about white monopoly capital?&39; Well here’s a case of monopoly capital accused of abusing the state and powerful stakeholders including politicians. Let them come and have their say."

Carrim was particularly scathing about Namec, who he said &39;was basically essentially at that time a front. It presented itself as a stakeholder for African entrepreneurs, but as you well know now, much of the statements that they issued (and) many of the presentations that they used were not prepared by them."

He accused Multichoice, DSTV and Naspers of doing "many things, to put it mildly that were irregular that, first of all no government can accept... Moreover, even after cabinet took the decision (which went against Multichoice), they waged a ferocious campaign, they mobilised people, they actually created Namec (the National Association of Manufacturers in Electronic Components).

In August 2014, the Mail&Guardian reported that "A dispute over an empowerment deal that has soured could cost South Africa a massive boost to the local set-top box manufacturing sector.

"At the heart of the dispute is the relationship that Namec, an industry body for small, medium and micro enterprises in the electronic manufacturing sector, has entered into with pay-TV operator MultiChoice and the Chinese manufacturer Skyworth Digital to supply a potential 15-million boxes over the next three years.

"An industry expert said that a likely price for the manufactured boxes would be about R350, valuing the deal at roughly R5.3-billion."

The Mail&Guardian noted that "Members of Namec are now accusing Namec chairperson Keith Thabo and Vijay Panday, the chief executive of Namec Electronics Manufacturing, of being “empowerment raiders” and hijacking the empowerment deal for their own benefit."

Thabo said he found Carrim&39;s claims insulting. He said the issue of migration and encryption was complicated and that government and requirements with regards to the Southern African Development Community (Sadec) complicated issues and left Namec with limited options. Thabo said Namec&39;s choice ultimately had to be driven by financial considerations after taking these constraints into account.

Watch the full interview in the gallery above.