GALLERY: How does biogas technology work? 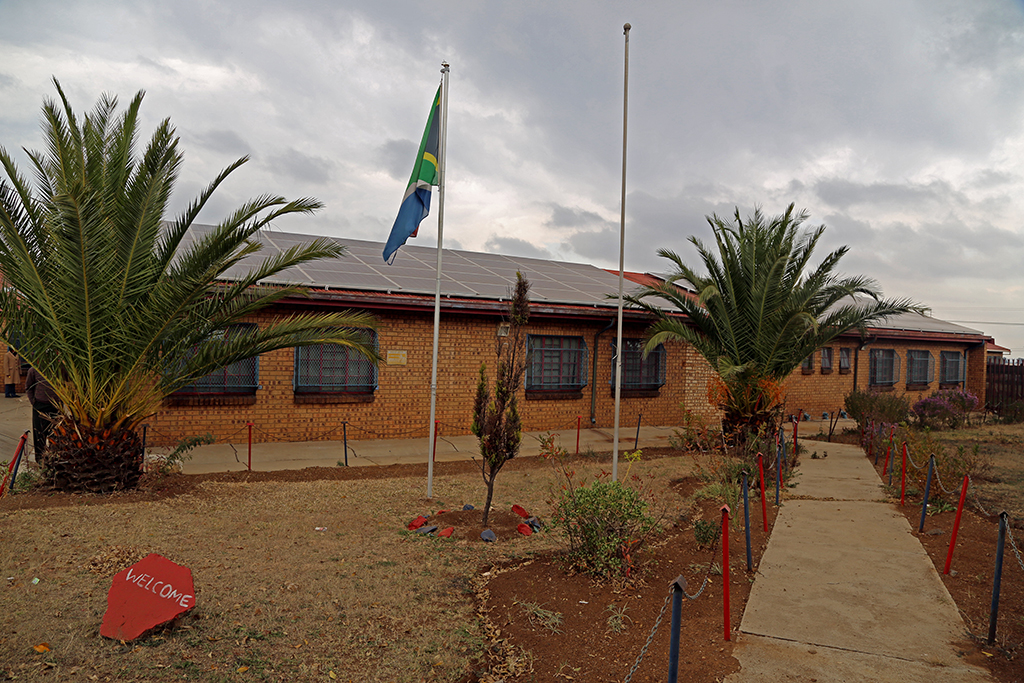 Khangezile Primary school in KwaThema has gone almost completely off the grid thanks to renewable energy technology like solar panels and biogas technology.

SPRINGS – A school in KwaThema, east of Johannesburg is now able to feed about 400 children using renewable energy.

Khangezile Primary is a no-fee paying school and feeds learners twice a day, at breakfast and lunch time.

The feeding programme is subsidised by the Gauteng Department of Education.

Volunteers cook meals for learners using biogas, thanks to renewable energy technology installed as part of the Sustainable Energy and Livelihoods project.

This initiative is run by Earthlife Africa, an environmental justice organisation based in Johannesburg.

Funds for the project were sponsored by the European Union and Oxfam.

Earthlife Africa said  the project is a grass roots women initiative aimed at encouraging the sustainable use of natural resources to improve the resilience to climate change in South Africa.

Four schools have been chosen as part of the project.

Khangezile has also been equipped with solar panels.

This has allowed the school to go almost completely entirely off the grid.

The biogas process starts with food waste, which is broken down into smaller particles and fed through a pipe into a tank.

Inside the container that converts food waste into gas

A pipe runs along the school wall carrying biogas to the kitchen to be used to cook meals for school learners.

The device in school kitchen that controls the biogas used for cooking.

Grade R learners at receive a meal at lunchtime as part of the school&39;s feeding scheme. This food was cooked entirely using biogas technology.

Biogas technology is a relatively new form of renewable energy in South Africa.

BiogasSA sell a do-it-yourself biobag digester kit. It recently added the DIY Biobag Digester Kit to its product range. It can be used in rural areas, schools with feeding schemes or other community projects and costs between R12,500 and R42,000 per kit.

Watch this video about how biogas technology works: