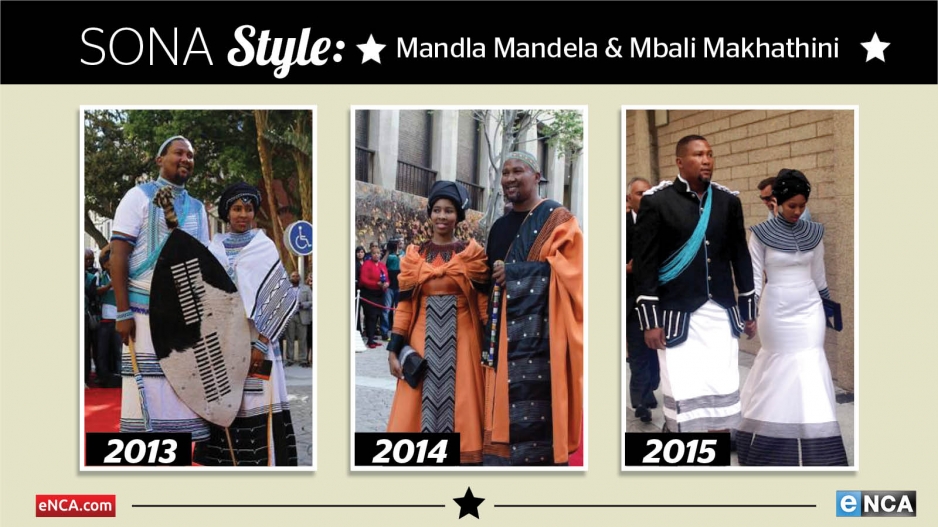 Mandla Mandela and Mbali Makhathini at the State of the Nation Address over the last few years.

For more coverage on the State of the Nation Address.

JOHANNESBURG - Hot or not? The 2015 State of the Nation Address (SONA) fashion parade has seen a number of seriously stylish and seriously questionable outfits.

Images of important politicians and Members of Parliament on the red carpet flooded Twitter on Thursday afternoon as people started arriving ahead of SONA2015.

It&39;s not really a political event; they certainly don&39;t care about us. This is a fashion show. SONA

Hau I didn&39;t know that the SONA was so exaggerated!! So much entertainment and too many fashion killers!

i don&39;t like fashion enough to watch that red carpet thing before SONA and act like they&39;re s&39;posed to get it right. Got E! for that.

Have a look at some of the outfits:

Have a look back some of the outfits worn in the past: