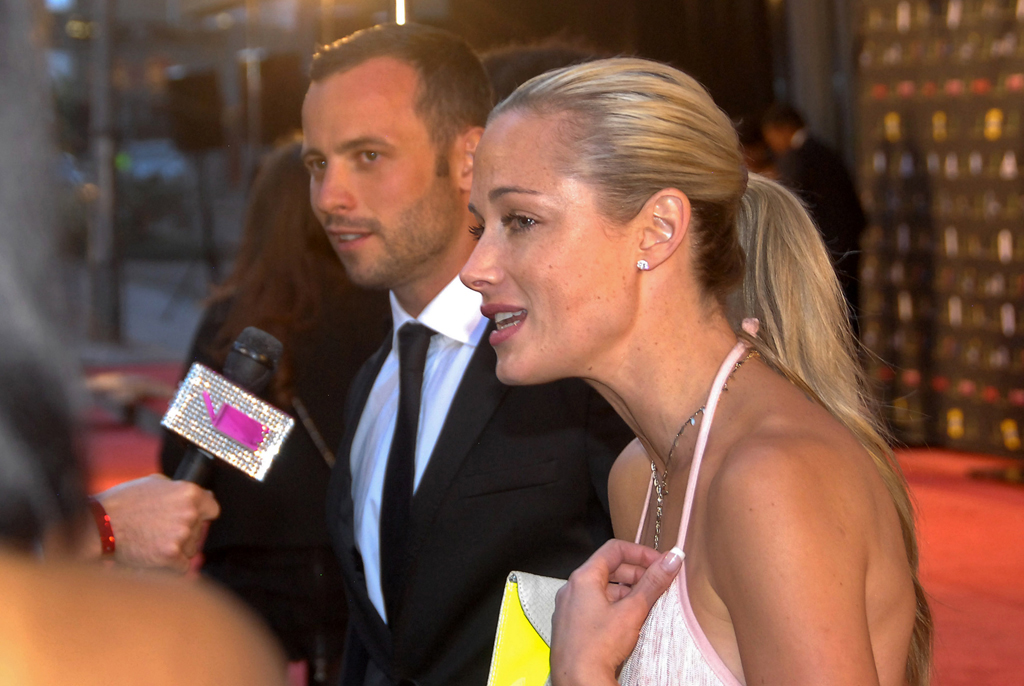 FILE. Oscar Pistorius and Reeva Steenkamp at the Feather Awards on November 4, 2012 in Johannesburg.

PRETORIA - Judge Thokozile Masipa&39;s sentence for Reeva Steenkamp&39;s killer brought some closure for friends and family but will not bring back the law graduate and model.

Steenkamp&39;s parents told eNCA they were satisfied with the maximum five year prison sentence Masipa handed down to Oscar Pistorius.

"The loss of life cannot be reversed," Masipa had said.

"Nothing I say or do today can reverse what happened to the deceased and her family. Hopefully this judgment on sentence will provide some sort of closure."

Close friends and relatives took to social media to express their thoughts on the trial and the ruling for the man who shot and killed Steenkamp on February 14, 2013.

Professional make-up artist Gina Myers has attended court proceedings throughout what has become known as the Oscar Trial.

Steenkamp lived with the Myers family in Johannesburg, when she was not staying over at her boyfriend&39;s house, and described them as her second family. Gina and her sister Kim told eNCA.com reporter Dianne Hawker that the sentence would not bring back their friend.

Darren Fresco, who testified about his friend Pistorius in court earlier in the trial, tweeted a similar message on Steenkamp.

At the end of the day, whatever the outcome is nothing is going to change the fact that Reeva is never coming back...

Fresco testified about two incidents involving Pistorius and his firearms. In one incident, he accidentally discharged a Glock pistol at a restaurant.

In another, the athlete lost his temper and shouted at a policeman who had pulled him over and then picked up his (Oscar&39;s) gun off the car seat. Ex-girlfriend Samantha Taylor was in the vehicle at the time. She testified on Pistorius&39;s temper in March.

Taylor attended several days of proceedings towards the end of the trial. Her mother Patricia released a book on her daughter&39;s relationship with Pistorius, entitled Oscar: An Accident Waiting to Happen.

However, daughter Samantha was quiet on social media the day her ex-boyfriend went to prison.

Steenkamp&39;s cousin Kim Martin testified in court during sentencing procedures. Martin spoke with her family&39;s blessing on Thursday, October 16. Martin tweeted a message of thanks the day she appeared in court.

Tx for all the messages of support, Reeva really was with me. Lets keep her voice alive. ReevaSteenkamp Love.

“It has ruined Uncle Barry and Aunty June. Reeva was everything to them,” Martin said of the killing. She told Judge Masipa she wanted Pistorius to pay for what he did.

"My family are not seeking revenge. But to shoot someone behind a door is wrong. Someone who is unarmed and harmless. He should be punished," Martin said.

The latest tweet on Martin&39;s timeline by Tuesday afternoon was a retweet about remembering her cousin, who was 12 years younger than her.

Take the time away from legal aspects and remember ReevaSteenkamp The real victim. GoneTooSoon

Reporter Annika Larsen spoke to Steenkamp&39;s parents June and Barry as they left the North Gauteng High Court on Tuesday, October 21. She asked them for their reaction to the sentence.

June said she was satisfied while Barry said he hoped it would bring the family some closure twenty months after Steenkamp was shot dead.

Paralympian Pistorius and model Steenkamp were in the early stages of a relationship when he shot her through a closed bathroom door in his Silver Wood&39;s Estate house on Valentine&39;s Day morning.

He maintains he thought his then-girlfriend had been asleep in bed and that he&39;d mistaken noises in the bathroom for those of an intruder.

At the time of her death, 29-year-old Steenkamp was weeks away from appearing on television in the fifth season of reality show &39;Tropika Island of Treasure.&39;

The show aired in March 2013. In the first episode, Steenkamp introduced herself to audiences lying on a beach in Jamaica, wearing a blue bikini.

"My name is Reeva and I&39;m a model and we&39;re in Jamaica this year. Be jealous, you can be jealous," she said before giggling.

Days days before her death, Steenkamp and Pistorius shared dinner with British track athlete Martyn Rooney. His agent refused an interview request when contacted by this writer.

* For more on the life of Steenkamp see Karyn Maughan&39;s documentary Reeva Steenkamp: The Model You Thought You Knew.