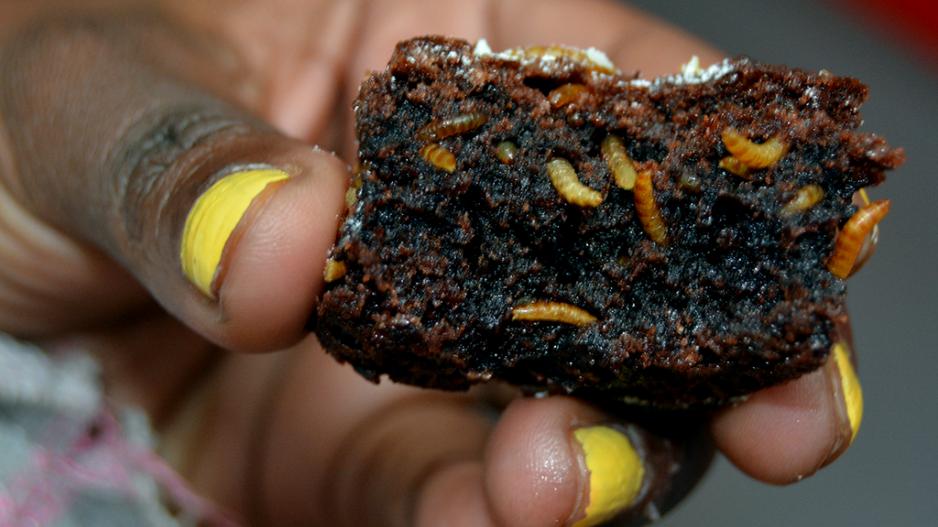 Sticky chocolate brownies with worms at the insect pop-up stall at Cresta Mall in Randburg, Johannesburg on 3 June 2015.

JOHANNESBURG – Just the thought of touching a creepy crawly is enough to make many people cringe. But on Wednesday, shoppers lined up to sample a range of edible pests at the second Global Pestaurant South Africa pop-up stall in Cresta Mall in Randburg.

On the menu were rodents, bed bugs, cockroaches, flies and ants, to name a few.

The usually unwelcome intruders were prepared enticingly in chocolates, cheese wraps and lollipops.

The hit of the day was the chocolate brownie surprise, in which worms were snuck inside the dessert.

Pestaurant was first launched in the UK in 2013. This year, the event was held in 12 countries.

The aim of the creepy movement is to promote health benefits of an insect-rich diet.

If you missed this year&39;s pop-up Pestaurant, don&39;t let it bug you: the creepy treats will be back in June next year.

Have a look at some of the creepy crawlies on the menu in the images below:

Story and images by Hlonela Lupuwana.