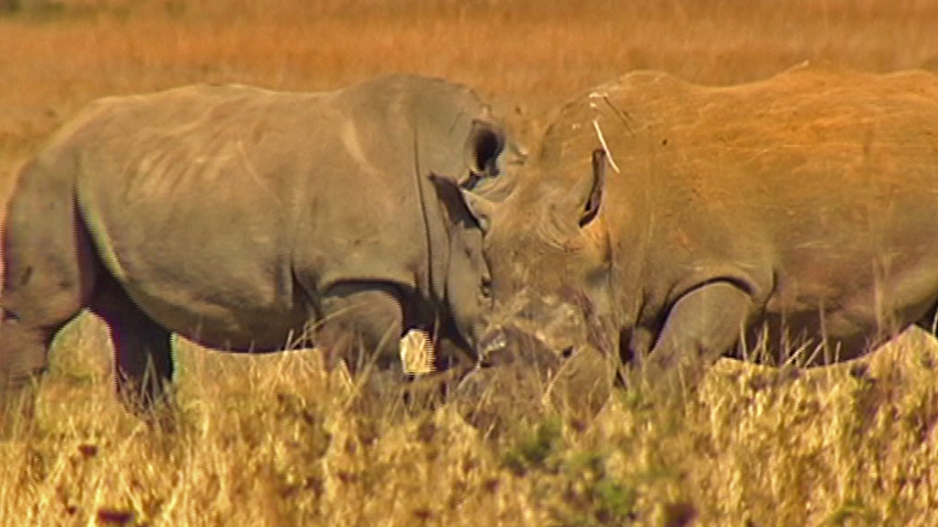 The Rietvlei Nature Reserve has now removed the horns of nine other adult rhino after two of its rhino were killed and dehorned by poachers last week.

JOHANNESBURG - Five members of an alleged syndicate dealing in rhino horn have been released on bail following their arrest by the Mpumalanga Hawks.

In a statement released by police, an operation started on 4 January and ended in arrests on 15 January.

Officials nabbed a couple, a game farmer and two Chinese nationals in the sting.

It is alleged that Chinese nationals Yansen Fenc (no identification number given) and Liu Li Hong (32), bought a rhino horn from game farmer Deon Cornelius at Buffelskloof.

Hawks members received information of a transaction that was going to take place between the two suspects and the 46-year-old farmer.

According to police, the suspects were seen driving out of the farm and the Hawks members, with the assistance of the Middleburg K9 unit, stopped them.

Almost R24,000 in cash was also seized, as well as drugs, according to the SAPS.

A follow-up investigation led to the arrest of further suspects who are believed to be part of the syndicate.

Jozeph Albertus du Plessis (71) and his wife, Susanna Johanna (55), were arrested in Bainsvlei in Bloemfontein and the game farmer, Cornelius, was also added to the list of suspects.

It transpired that almost five rhino horn were allegedly sold in the illegal trading between the five suspects.

Cornelius is alleged to have been leading the illegal transaction and did not have a permit to sell rhino horn.

During his arrest, almost R675,000 was found and confiscated by the state, pending the legal process.

An elephant tusk was also seized in the Chinese nationals&39; Pretoria residence, with an extra charge added for that.

Yansen Fenc was released on R50,000 bail and placed under house arrest, according to the statement.

The couple and Cornelius were released on R1,000 bail each.

Liu Li Hong has been remanded in custody as she could not produce any travel documents or proof that she is legally in South Africa.

The suspects are expected back in court on 25 January.

Investigations in the matter are ongoing.