Gaming the lottery: Behind the story 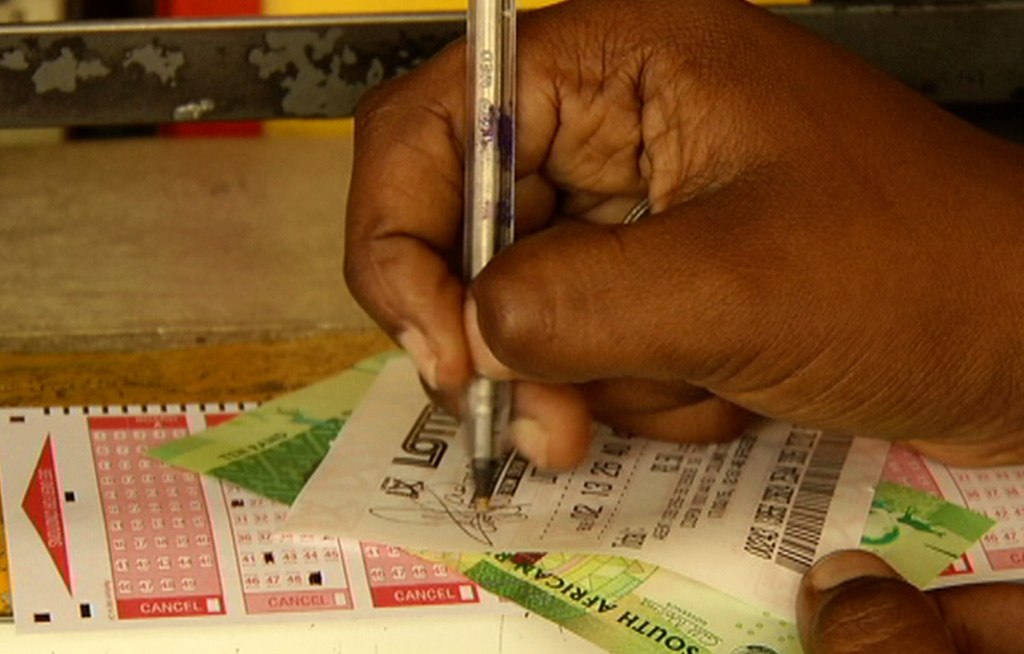 Johannesburg, 18 March 2015 - National lottery operator Gidani says more than R80-million hasn't been claimed over the past year. They also suggest signing your ticket to avoid any family disputes if you happen to win.

EDITOR'S NOTE: For an indepth look at the numbers use the Lottery Search Tool

Few activities are more deeply ingrained into daily life in many countries around the world than purchasing a lottery ticket.

Last November a group of journalists from Africa, Europe, the United States, Australia and Latin America met during the Africa Investigative Journalism Conference at the University of the Witwatersrand in Johannesburg in South Africa. Over a bottle or two of red wine we discussed the possibility of undertaking an investigation into the existence, transnational links, architecture and impact of the global lottery industry.

What we have learned since then has astounded us.

The sheer volume of money involved was the first aspect. In 2014 lottery players across the globe spent $293 billion in the hope of converting their get-rich dreams into reality by winning the lottery, according to the World Lottery Association’s Global Lottery Data Compendium 2015. Staggeringly, that figure is greater than the gross domestic product of 157 countries.

We also found that just eight companies play an outsized role, operating in as many as 100 countries around the world. They often act in similar ways, using their international experience as evidence they should run a state or national lottery. Government officials can receive political contributions from the companies they then are charged with overseeing.

These same companies are also the top funders of the World Lottery Association (WLA), a non-profit association based in Basel, Switzerland. Association members from six continents account for more than 90 percent of state-sponsored lotteries’ revenues.

On its website the WLA touts its commitment for its members to uphold standards of responsible gaming and says that all member lotteries contribute the majority of their net revenues to good causes. But meeting minutes of a board associated with the Illinois Lottery, a WLA member, show that the percentage of lottery revenue went to education fell steadily from 41 percent in the mid-80s to 28 percent earlier this decade.

The WLA also holds seminars and international conferences during which industry leaders network about how to continually boost global lottery sales. Study after study in the United States and Europe has shown that lottery players are disproportionately poor. The situation is not dissimilar in South Africa where an official study commissioned by the National Lotteries Commission (NLC) and published in 2011 arrived at similar conclusions. These findings give credence to the argument that lotteries in many instances amount to a regressive tax.

Yet International Game Technology, formerly known as GTech and one of the largest lottery titans, has engaged in tax avoidance moves worth more than $600 million. Specifically, they “inverted” their operations from Italy and the United States to the United Kingdom, thereby slashing their tax rates by close to half.

In South Africa, civic tech organisation OpenUp scraped 16 years of details of lottery grants from the annual reports of the National Lottery Commission (NLC). In this way we were able to collate and analyse data on funding granted by the Lottery between 2002 and 2016.

We then worked closely with eNCA, our South African media partners on this project, as they reported the stories that we had found. The results will be broadcast over a series of reports on eNCA, with additional content being published on their online channels.

Lottery boosters often extol the social benefits they say lotteries bring.  But in South Africa we discovered two grants from 2015 and 2016 totaling more than R59-million (about $4.5 million) to a private school in Limpopo with about 170 students and 13 teachers.  Area schools received nearly 40 times less funding on average, according to an analysis by Open Up.

We also found that a disproportionate amount of Lottery funding went to sports organisations. The South African Sports Confederation and Olympic Committee (SASCOC) is by far the biggest recipient over time of Lottery funding. Yet some athletes, like Olympic swimming gold medalist and world record holder Roland Schoeman, resorted to fundraising and crowdfunding initiatives to help cover some of their costs to compete in the 2016 Olympics in
But SACOC paid for business class flights and accommodation for a delegation of members of parliament to attend the Olympics.

Despite being the recipients of almost R658-million from the lottery over the years, SASCOC were up in arms earlier this year when it was revealed that their lottery funding was to be cut.

At the same time, it appears that funding to the Society for the Protection of Cruelty to Animals (SPCA) could be cut dramatically as the Lottery says it plans to focus on poverty alleviation in deciding on grants. This ignores the fact that the SPCA is active in poor communities treating sick animals for little or no charge. They are also very active in poor rural communities treating donkeys and oxen and other beasts of burden that people depend on to produce food and earn a living.

Meanwhile, in Mali journalist David Dembele has exposed the lavish parties held by the political parties in power that were funded by the country’s national lottery.

And in the United States, team members conducted a comprehensive investigation of high-frequency Lottery winners across the country. A number of these winners have been found to have committed fraud.

Government agencies across the nation have signaled this as a concern stretching back to the 1990s, but the pattern has continued largely unchecked.

It’s most pronounced in Massachusetts, the state with the highest average per capita spending on Lottery tickets in the country.

Berkeley statistician Philip Stark calculated that if everyone in the state each spent $250 million, the chance that any of them would win as much as one of the state’s top winners was less than 1 in 10 million. These odds were so extreme that Stark redid the calculation to ensure that it was correct.

Rather than everyone publishing simultaneously, we decided on a rolling approach with lottery-related stories being reported as we uncover them. We are committed to continuing to dig into this critical issue that impacts millions and millions of people around the globe.

In South Africa OpenUp has built a tool to make all the grantee data we’ve compiled easily searchable.  It will be published online so that journalists, activists and members of the public can use it to dig for other stories.

We did not cover every country or aspect of the global lottery system. But together the elements that we looked at paint a deeply unsettling collective portrait of an industry that is thoroughly integrated into the fabric of daily activity, but about which we, up till now, have known very little.
We look forward to hearing from you about what else we should cover.

Raymond Joseph is a Cape Town-based journalist and journalism trainer, with a focus on digital, data and social media journalism.