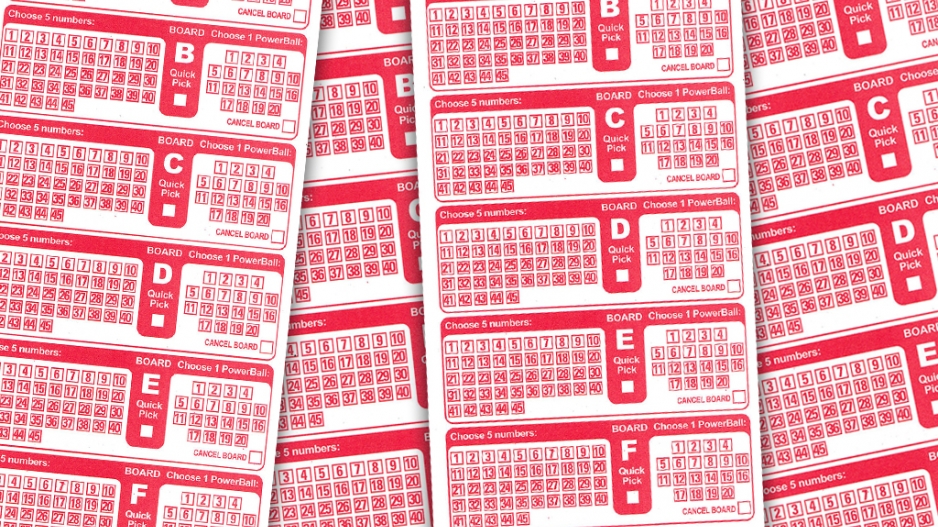 File: In the world of lottery one company dominates the game, and it's the poor who fall prey to dreams of winning big.

EDITOR'S NOTE: For an indepth look at the numbers use the Lottery Search Tool

Helen Dlamini has half a would-be president’s surname, 10 slices of house brand polony, and a half liter of milk as she stands in line at the local Spar in Durban, South Africa.

It’s a waste of money to buy just half a liter, but she doesn’t have a working fridge. She owns a broken mini-bar fridge her “madam” gave her that she uses as a cupboard.

Dlamini reaches the till and begins counting out coins from her worn pocketbook. A R10 note is visible.

The money belongs to “u-lotto,” she says, a sweet smile crossing her face.

She has never won anything playing the South African lottery, but calls it “the only free ride” she may ever get.  In exchange for a small bit of money, players can indefinitely chase their get-rich-quick dreams.

Like Dlamini, a majority of South African lottery players were born poor.

In 2010, nearly three quarters of lottery players earned less than R 5,000 a month - and of those 33 percent earn R1000 a month or less, according to a randomised study of lottery participation conducted by the University of South Africa (UNISA).

More than 70% of people surveyed reported forgoing spending on other household items in order to have the money to play the lottery, the survey found.

The study’s findings add to scholarly work from the United States and Europe demonstrating that lotteries can amount to a regressive tax that, while not imposed by law, is sanctioned by participating governments using advertising campaigns that even the National Gambling Board (NGB) describes as, “perhaps irresponsible... manipulative.”

Though more than 75% of South Africans surveyed by the NGB played the lottery, unlike other forms of gambling, the purpose was not recreational but an attempt to change life circumstances.

IGT: The biggest gamers of the poor

That poor people across the planet are overrepresented among the ranks of lottery players may not be a surprise. Far less known is known about the presence and activities of GTech, a lottery titan involved in 100 countries around the globe and the subject of controversies stretching back decades.

Active in South Africa since 1999, it completed a merger in 2015 with gaming giant International Game Technology (IGT). IGT is currently the main technology supplier for lottery systems and support for Ithuba, the company that currently runs the SA lottery.

The process through which the merger happened appears to show aggressive tax avoidance, involving slashing corporate tax rates in half while keeping billions hidden from the taxman.

An exclusive analysis of public financial documents conducted in 2016 shows that the company has avoided hundreds of millions of dollars in taxes through these financial maneuvers.

Arguably the world’s leader in its field with revenues of over $6 billion per annum, the merger involved a technique called corporate inversion. It allowed US-based Gtech Corporation and its Italian parent Gtech S.p.A to “invert” from its own higher tax jurisdiction to that of a subsidiary role under a new “owner” based in a lower tax jurisdiction -- the United Kingdom. Gtech also changed its name to IGT.

Despite this relocation, more than half of the combined company’s real economic activity still takes place in the US where more than 70% of employees are also based, according to the company’s disclosures filed with the US Securities and Exchange Commission (SEC).

IGT PLC, the newly created UK corporation that would serve as the parent company, was formed as a business combination shell company in mid-June 2014, records show. Prior to the merger, IGT PLC did not conduct any meaningful business activities beyond those related to the merger. This suggests that it may have been designed specifically for the impending inversion.

The move slashed the company’s tax rates in half from the US’s 35% and Italy’s 31.4% corporate tax rate to the UK’s 20% rate. By 2020, the UK’s nominal tax rates will decline to 17% – less than the percentage of tax currently paid by IGT, on average, in its last financial year.

By December 2016, the last year for which financial reports are available, IGT held just over $2 billion in undistributed earnings “offshore”. The company claimed that complexities in tax laws, potential to distribute tax free among other options meant estimating deferred taxes was ‘not practicable.’ This was an increase of $400 million from the previous year, SEC documents show.

In 2013, prior to the Gtech merger, IGT, then a Nevada-based company generating 79% of activity in the US, held just $202 million offshore.

Holding earnings offshore means that based on the country tax rates and whether or not “offshore earnings” are disclosed, between $600 million to $700 million in taxes that should have been remitted to the government of the United States and Italy is now beyond its reach.

To remain “offshore”, the company must claim that profits are actively being used. Earnings are thus indefinitely invested or can be, “distributed tax free” – a likely reference to tax havens. One example is IGT’s subsidiary, Cyprus-based IGT Global Services. In 2013, just prior to the merger, the company maintained assets of almost $600 million while serving as a holding entity for over one dozen subsidiaries.

Any technology fees paid by subsidiaries in “real” countries like India, the UK, Colombia or Spain, to this holding company qualifies as “offshore” earnings. Almost $200 million in revenue was documented by IGT Global Services which to all purposes appeared to serve as a holding company.

In response to questions sent to IGT’s legal counsel Neil Abrams, media spokeswoman Angela Wiczek said, “IGT complies with applicable laws in the US, UK, and in every other jurisdiction in which we operate around the world. IGT holds over 400 gaming licenses worldwide...and is scrutinised by gaming regulators around the world.”

Wiczek said other questions related to confidential information but expanded on offshore earnings by saying, “Prior to the legacy IGT acquisition, undistributed income was relative to GTECH S.p.A., the Italian parent company and, therefore, excluded Italian earnings. After the transaction closed in 2015, IGT PLC, a UK entity, became the corporate parent and Italian earnings were necessarily included in undistributed income thereby increasing it from previous levels.”

Blowing the whistle, other controversies

Unfortunately for IGT, the precedent of using intra-company trade – or transactions between subsidiaries of the same company – has already resulted in legal consequences.

In 2014, a senior employee at the company, “tasked with evaluating the pricing methodology for used parts used by IGT” formally disclosed to his employers that artificially inflated prices were attributed to the costs of refurbished parts traded within the company. The fee levied was 35% of the standard cost. The price did not look at the actual cost, which the whistleblower believed was far less. This led to “inaccuracies in IGT’s financial statements, in particular by inflating the cost of sales for Gaming Operations,” reveal SEC documents.

The whistleblower was fired about three months after making these disclosures.

Records show the whistleblower was, “the VP Supervisor’s top employee…a ‘high potential’ employee... an employee with a potential ‘future assignment’ at the vice-president level.” He was even in line for a special retention bonus. IGT’s internal investigation, cited in the SEC report, found that the accounting model used was appropriate, “and did not cause its reported financial statements to be distorted because IGT had a process to reconcile” estimated costs from actual costs.

A 2016 SEC judgement held that IGT had unlawfully fired the whistleblower and ordered the company to pay a $500,000 fine to the SEC.

More than 9500 employees are based in the US in contrast to 813 ‘international’ employees and just over 1000 Italian employees. The company claims its relationship with employees is generally “satisfactory” but concedes that “most of the company’s employees are not represented by any union.”

The company is no stranger to controversy, with scandals rearing throughout the years and around the globe. Years before, Gtech was even sued in a class action suit for misleading its own shareholders resulting in a multi-million dollar settlement fund.

One scandal is particularly instructive. In 2014, the year in which Gtech merged with IGT, the former agreed to pay a fine of over $40 million to the Italian authorities to settle intercompany financing activities and alleged tax evasion that occurred during a previous merger in 2006, between Gtech and its buyer, Italy-based Lottomatica.

Gtech’s press release explained the company’s motives as driven by “the lengthy legal process to resolve such controversies, the related costs that further disputes would create, and the uncertainty of their outcomes”.

Back in Durban, Imtiaz, a shopkeeper, offers an explanation why the cycle of lottery buying by players like Dlamini continues: “Like the carousel rides, they get a ring, and the whole thing keeps going,” he says, shrugging his shoulders. “Round and round.”

His left hand counts change near the lottery tickets, his hand drawing attention to the bright yellow box. It draws the attention of a customer buying a liter of Coke and a lunch bar who starts searching for money in the pockets of her pink overalls. She comes up short.

Imtiaz gives her a wan smile and tells her not to worry.

There is always next time, he says.