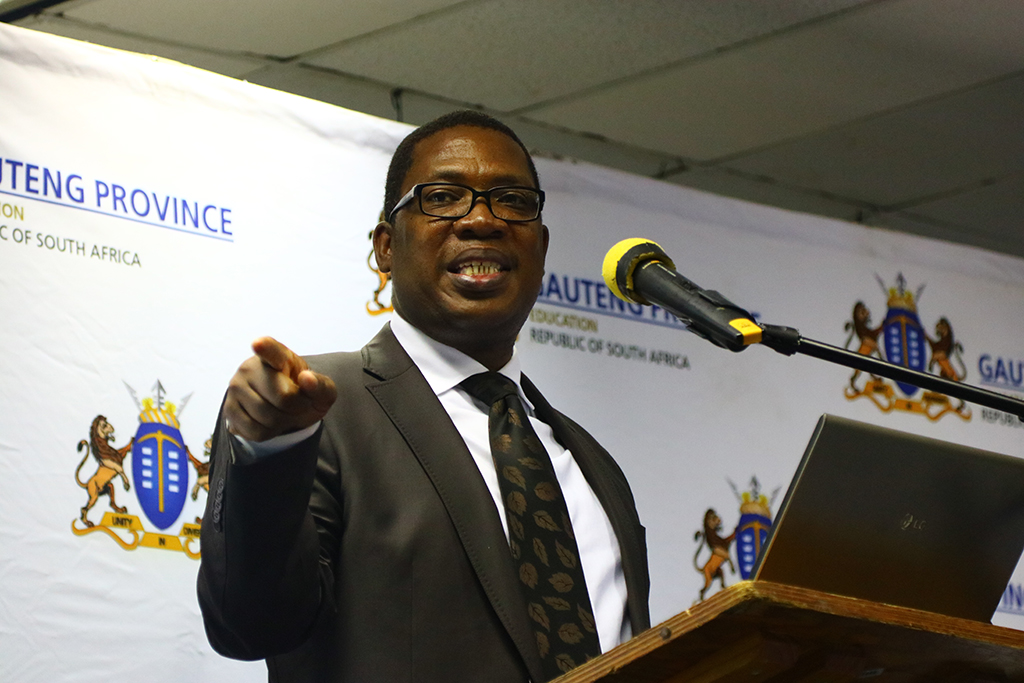 Gauteng Basic Education MEC Panyaza Lesufi has issued a stern warning to leaders of schools that underperformed in 2015.

JOHANNESBURG – The Gauteng Department of Education (GDE) said it would resume online school registration on Wednesday, but AfriForum warned the new system of admissions for next year may not work.

AFriforum project co-ordinator for education Carien Bloem said: “AfriForum regards the platform as an attempt by the department to intervene in parents’ free choice about where they enroll their children.”

The GDE compulsory online registration started for the first time in the province on Monday, but the system crashed the same day and could not be re-booted.

Announcing that the system had crashed, Gauteng MEC for Education Panyaza Lesufi said: “We received 600 hits per second and it was beyond our capacity. Parents must not panic.”

He said the system would be operational on Wednesday morning.

AfriForum said it wrote to the department demanding answers about the online registration process.

“Another problem is that many schools have already held their open days in April, during which parents have enrolled their children in schools of their choices,” said AfriForum’s Bloem.

“We would like to know what will happen with registration and registration fees that parents have already paid.”