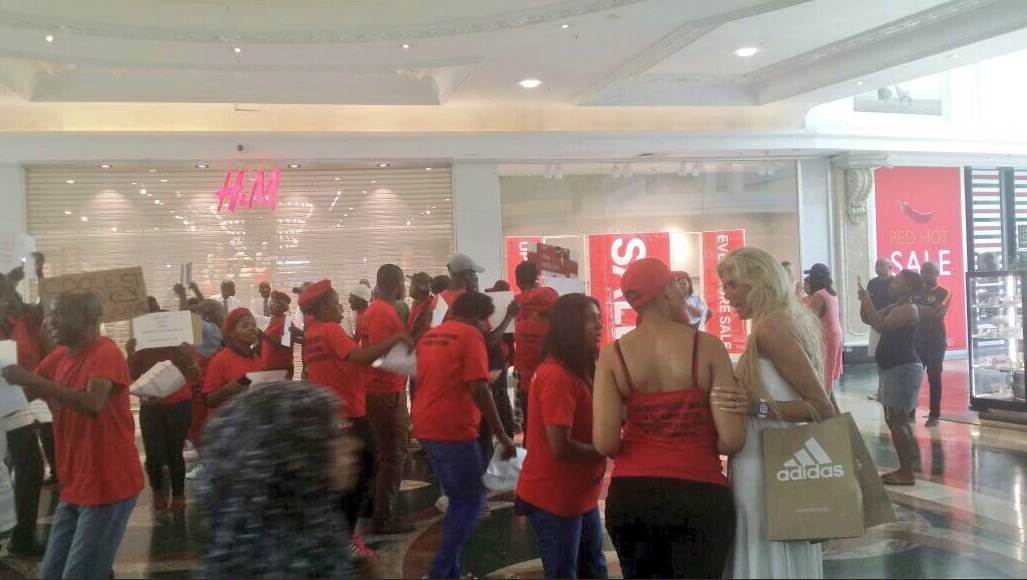 The EEF's H&M protest seems to have moved countrywide with reports in the Western Cape.

JOHANNESBURG – Gauteng police say they are on alert and monitoring the situation across malls after EFF supporters stormed into several H&M stores across the province on Saturday morning.

The protest seems to have moved countrywide with reports in the Western Cape.

Protesters gathered at The Mall of the South, Sandton City, Mall of Africa, and Menlyn Mall.

A scuffle broke out in Sandton, as security guards tried blocking demonstrators from entering the store.

That @hm nonsense of a clothing store is now facing consequences for its racism. All rational people should agree that the store should not be allowed to continue operating in South Africa. Well done to Fighters who physically confronted racism. pic.twitter.com/cgdedYGoOj

They accuse H&M of racism after the retailer used a black child to model a sweatshirt with the slogan "coolest monkey in the jungle".

The advert has since removed the online advert.

“Several incidents as a results of protests at H&M stores around the province have been reported,” said Dlamini.

“At the East Rand Mall the protesters managed to enter the shop and stole several items. Police had to intervene and dispersed the group of protesters by firing rubber bullets.”

“In Menlyn-protestors also managed to enter the shop and threw clothing around. At this stage, nothing has been reported as having been stolen.”

The shops in all other areas are reported to have been closed and police are monitoring the situation.

Dlamini said no arrests have been effected so far.