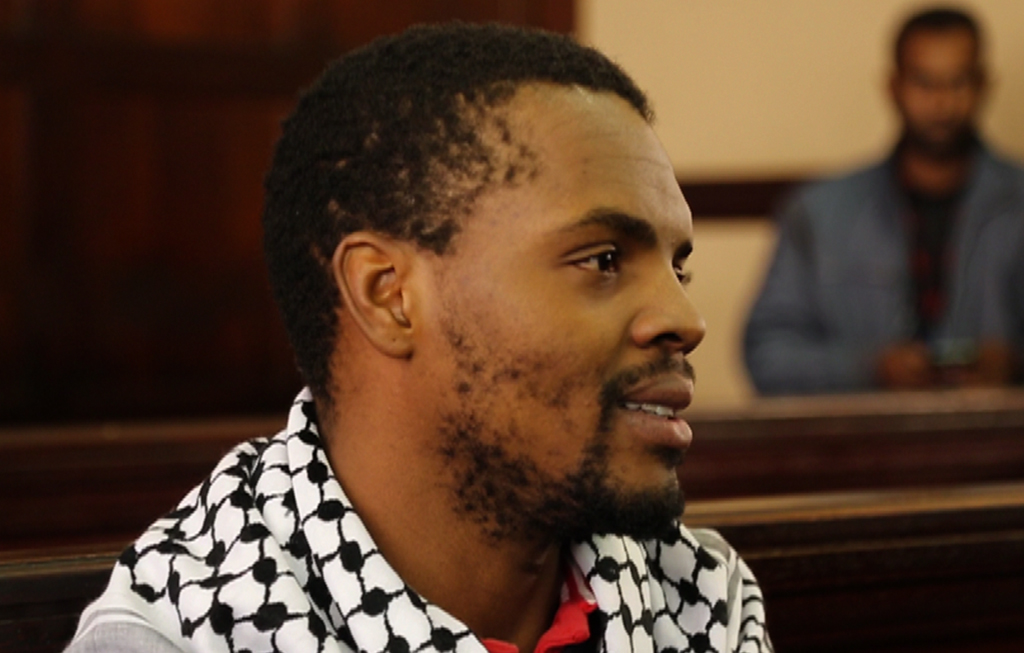 Fees Must Fall activist Mcebo Dlamini is due back in court on Friday.

JOHANNESBURG – The Gauteng Department of Education on Tuesday revealed that the province was paying the fees for former University of the Witwatersrand Student Representative Council leader Mcebo Dlamini, who has been arrested in connection with violent protests for free education.

The 32-year-old, who was arrested at his Wits residence in the early hours on Sunday, faces charges of public violence, theft, malicious damage to property and assault with intent to cause grievous bodily harm.

On Tuesday the Johannesburg Magistrate’s Court was hearing Dlamini’s application for bail.

Lesufi made the revelations of the fees payment for Dlamini during a media briefing at a Secondary School Intervention Programme (SSIP) in Johannesburg, where he pleaded with fees must fall negotiators to resolve the matter speedily to allow matriculants the opportunity to study at public universities next year.

READ: Free education a possibility, but only for the poor: Nzimande

“We need to be sure that they will be in a position to apply and be admitted to high education institutions,” Lesufi said during .

“The reality is dawning on us of having a generation that might not be able to receive higher education. But we are confident that parties involved will try to resolve the matter.”

Although his department has not spoken to the Minister of Higher Education Blade Nzimande about the matter, Lesufi said the situation was of serious concern.

“We are quite ready as a province and plan to crack it this year. We want any percentage over the Western Cape,” MEC Lesufi said.

Gauteng province has registered a total of 153,973 Grade 12 learners, which is the second highest number of candidates in the country. KwaZulu Natal leads with 169,661 Matriculants.

Lesufi said that National Senior Certificate examination results would be released on 5 January 2017 and provincial results on the following day.

The MEC also revealed that, to date, his department has placed 78% of the grade one early online applications and 70% of the grade eight learners.

“Parents who will come next year must forget,” MEC Lesufi warned.