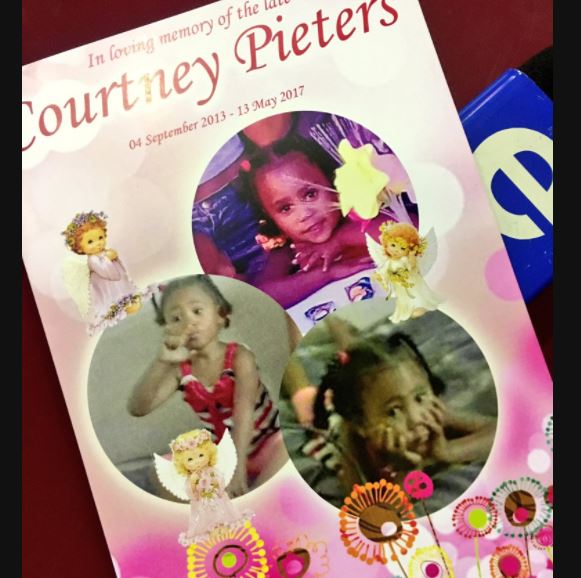 Three-year-old Courtney Pieters was found in a shallow grave near her home, after shed been missing for more than a week.

CAPE TOWN – The Castle of Good Hope in Cape Town is hosting talks and an exhibition, around gender-based violence.

The artistic demonstration is titled, 'We cannot be Silent'. It honours the lives of women and children, and aims to have the victims control the narrative, about their experience.

One of the exhibits tells the story of the parents of 3-year-old Courtney Pieters, who was raped and murdered earlier this year.

One of the event’s organisers, Yazeed Kamaldien, says, ‘I’ve been coming into the exhibition space regularly for talks and where people share their stories.’

"So the format of the talks is we have someone who has gone through the an experience but then we also have organisations that help people.

"So it isn’t just about listening to the stories but taking it forward and mobilising for action."