Bring back our land - Malema 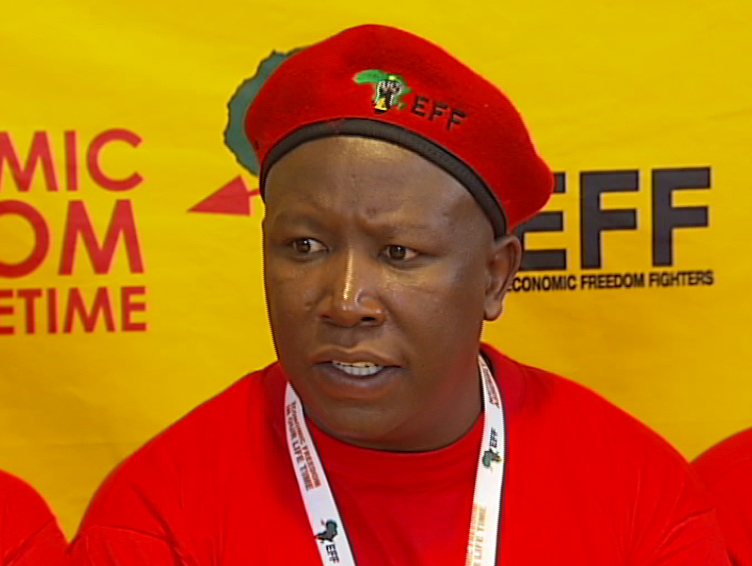 MARIKANA - The land of South Africa belongs to the landless, EFF leader Julius Malema said at the launch in Marikana, North West, of his political party.

"This is your land. You (the landless) do not have to pay for the land. It has been already paid by the sweat of your fathers," he said.

He said white South Africans were still refusing to hand over the land they inherited through theft.

"Till today they (whites) are not ashamed of killing of our people. They want us to kneel before them.

Malema said that when the rich shared with the poor there would be no crime.

"If you share with the poor there will be no need to build high walls at your home.

A giant has been born, Malema said in his launch speech.

"A different baby is born today, a giant... A child that walks immediately. The baby that fights for your living wage. You must be afraid of that child."

He said the EFF was a home for orphans.

"This is the home for the hopeless," he said to the applause of the crowd.

He said the EFF was not afraid of confronting white bosses for not paying workers and abusing them.

He said the police should take off their uniform when instructed to kill innocent people.

"Give them their uniforms and weapons. Tell them you do not want a salary with blood on it."

He called on teachers to teach pupils first and go on a strike after school.

"When you strike after school the children will join you," he said.