Refugee camps: Gift of the Givers calls for donations 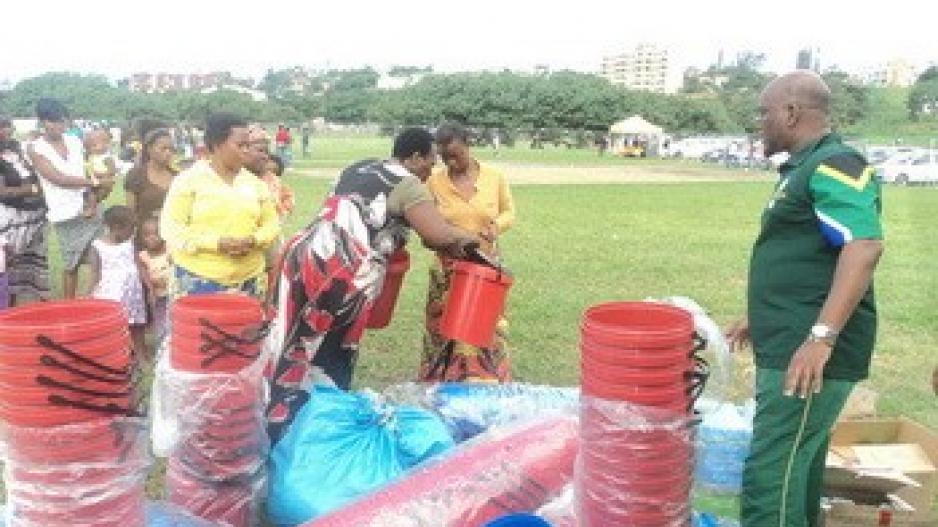 Gift of the Givers has assisted displaced foreigners following xenophobic attacks in Durban.

JOHANNESBURG – Gift of the Givers has stepped in to help displaced foreigners in the county amid spreading xenophobic violence, the humanitarian organisation said on Friday.

The aid group has earmarked R1-million in aid which it plans to distribute in camps in Isipingo, Chatsworth, Greenwood Park, Phoenix and Verulam in KwaZulu-Natal over the weekend.

More than 8,000 displaced foreigners are believed to be living in the various camps by early Friday morning.

In Johannesburg, Gif of Givers said it would set up a transit refugee camp at Christ Church Mayfair, corner Park Drive and Main Reef Road in Mayfair.

On Thursday night a factory in Jeppestown was set alight, and on Friday locals clashed with a group of foreigners living in the area.

In Primrose, Germiston, several families were displaced and sought refuge at local police stations while others were helped by the Primrose Methodist Church.

Imtiaz Sooliman, founder of Gift of the Givers, said it has been a busy period for the organisation.

"Whilst we make a call on all South Africans to support our initiative to show that we are a nation that cares, we also call on government, community and religious leaders to sit down and finally resolve this untenable state of circumstances permanently.

"Violence is unacceptable whether it be on fellow African brother from the continent or even on South Africans themselves," said Sooliman.

Many foreigners have been displaced a wave of xenophobic violence across South Africa.

Thousands of of people have been displaced after fleeing their homes.

Some refugees were moved to safety to the refugee centres.

Gift of the Givers is calling on donations of the following items:

Floor sheeting or mats for the tents

Tinned food such as tuna, beans and  jam

The Zimbabwe Business Network is also accepting donations through the Zimbabwean Consulate. Donations are to be taken to the consulate at 13 A Boeing Road, Befordview, Johannesburg.