Gigaba a no-show to answer on Gupta citizenship 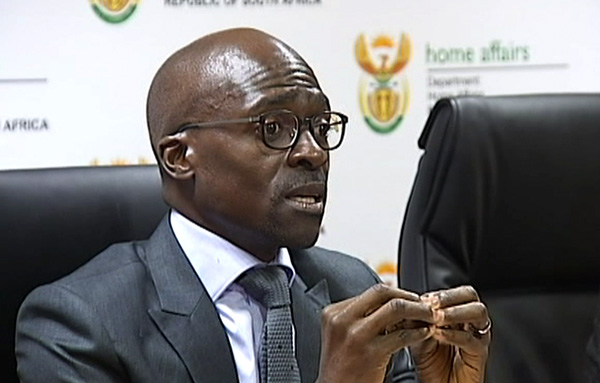 Pretoria - Home Affairs Minister Malusi Gigaba says that they are open to alternate suggestions for the contentious new immigration laws that have had the business and tourism sectors on the bridge of panic.

It was left up to the director-general of Home Affairs, Mkuseli Apleni, to face the music on Tuesday.

He fielded questions from MPs on whether the Guptas renounced their Indian citizenship and whether he had personally met the family.

Home Affairs DG Apleni says "Mr. A Gupta is not a SA Citizen. He never renounced Indian citizenship" Only 4 Guptas are naturalised.

For the second time, Home Affairs Minister Hlengiwe Mkhize was absent from the committee on the Gupta citizenship matter.

READ: Was the Gupta's naturalisation legal?

Opposition MPs said their absence was an insult to Parliament, but ANC MPs argued that Apleni was more than capable of answering questions.

FF+ Mulder says next time the Committee must "summons, not invite" Home Affairs and Finance Ministers.

DA's Steenhuisen says job of Parliament to hold executive accountable. The DG is not the executive. He's a civil servant.

Apleni said the Gupta family first arrived in South Africa in 1995. While at first they were denied citizenship, they proved special circumstances as to why it should be granted.

"The family exercised their right to say they believe there are exceptional circumstances ... do those reasons carry weight?....The letter [the Guptas submitted] says they've got employees in the country, 7000, they've invested R25-million."

Apleni: I've never been with the Guptas, never received any gift from them. #GuptasCitizenship

On why then Home Affairs Minister Gigaba didn't table the names of the newly naturalised Gupta family members in Parliament, Apleni said it was an oversight, and did not affect their newly acquired citizenship.

DG: The minister doesn't sit in corner and write a letter. We (bureaucrats) recommend, the minister must apply his mind. And say yes or no.

While MPs say they're closer to understanding the Gupta citizenship issue, they still want the current and former ministers of Home Affairs to appear before them to give details