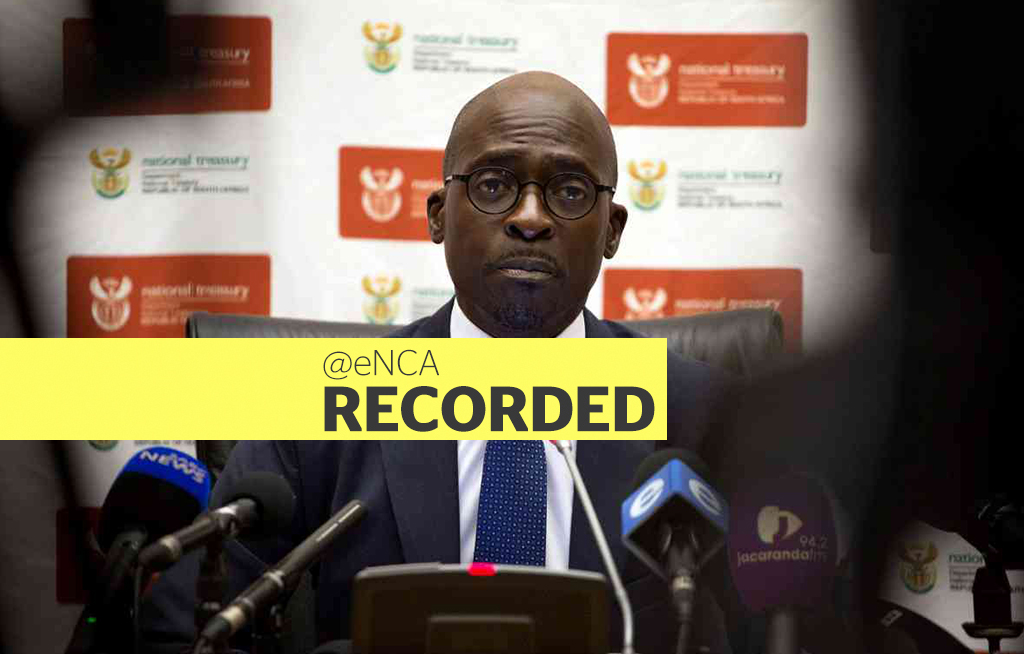 MTBPS2017 EFF&39;s Shivambu speaking on the steps of Parliament after the party chose to walk out. Courtesy DStv403 pic.twitter.com/9oJ90PFtvH

Gigaba steps onto the National Assembly podium on Wednesday to deliver his medium-term budget policy statement.

MTBPS2017 Shivambu says we will not allow Gigaba to speak otherwise we wont have parliament today.

“We need to take urgent steps and what we are trying to demonstrate here is precisely that sense of urgency with clear timelines that will stave off any further downgrades, understanding the further impact it will have on the economy,” he has said.

One economist says a key challenge will be raising enough revenue for the 2018 budget.

“The revenue that is coming from personal income tax, VAT and corporate tax will be weak, and ... so there will be a shortfall of close to R40-million, which means he will raise taxes," said Lesiba Mothata, executive investment economist at  Alexander Forbes Investments.

Earlier this year, Gigaba introduced a 14-point plan aimed at speeding up solutions to the country&39;s economic challenges.

The plan focuses on fiscal policy, the financial sector and tax policy, recapitalising state-owned enterprises, the Mining Charter and the Regulation of Land Holdings Bill, among others.

The advocacy group says Gigaba must come clean as many questions linking him to state capture remain unanswered.

It says the continued siphoning of public funds makes it hard to avoid an economic meltdown.