Girls are doing it for themselves in Manenberg 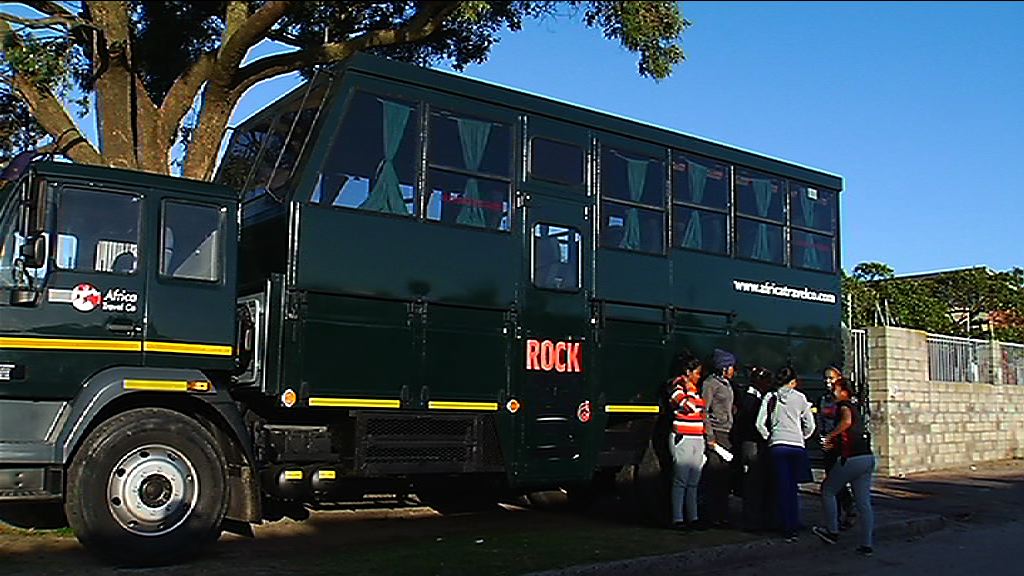 07 June 2015 - A group of young girls is defying the odds in one of the country's most dangerous areas.

CAPE TOWN - A group of young girls is defying the odds in one of the country&39;s most dangerous areas.
The Rock Girls are using travel to overcome the traumatic effects of ongoing gang violence in Manenberg.
Most have barely been outside of Cape Town but on Friday they will climb into an overland vehicle and embark on a life-changing journey to the Eastern Cape.
But when the eNCA reporter went to the area to meet with the girls, not all of them could make it. Following sporadic gunfire, some of the girls were too afraid to leave their homes for the meeting for fera of getting caught in the fughting gang&39;s crossfire.
Fifteen-year-old Amaan is one of the girls who managed to get to us safely.
She says, "I don&39;t live on the side where the violence is happening so much. I live where it&39;s kind of quiet but at the back of us then they shoot a lot."
Sometimes it is so sad, we see children...they just drop to the ground cause they know what&39;s gonna happen eventually. They just roll and they wait there."
It seems the only predicatble thing in Manenberg is the violence.
It is for this very reason that Rock Girl was founded by India Baird five years ago.
She meets with the group of girls every week, to provide them with a safe space to share their stories, learn new skills, become resilient and heal from the near daily trauma.
Baird says, "They ask. You know, do other girls have the same? Is there shooting in other neighborhoods? Is there shooting where you are? They want to find out what it&39;s like for other girls."
And they will soon find out when they climb into this massive overland vehicle and make their way up the East Coast of South Africa to Port Elizabeth.
The girls are being trained as youth reporters and will meet, interview and photograph women and girls along the way and create pop up exhibitions in each community.
They&39;ll also be setting up a mobile radio station to broadcast their stories as they travel.
When they return, they&39;ll be placed in internships so they can be further empowered to make a positive impact back home.
*Watch the full story in the gallery above

SA’s troubled power utility is being reset: CEO explains how