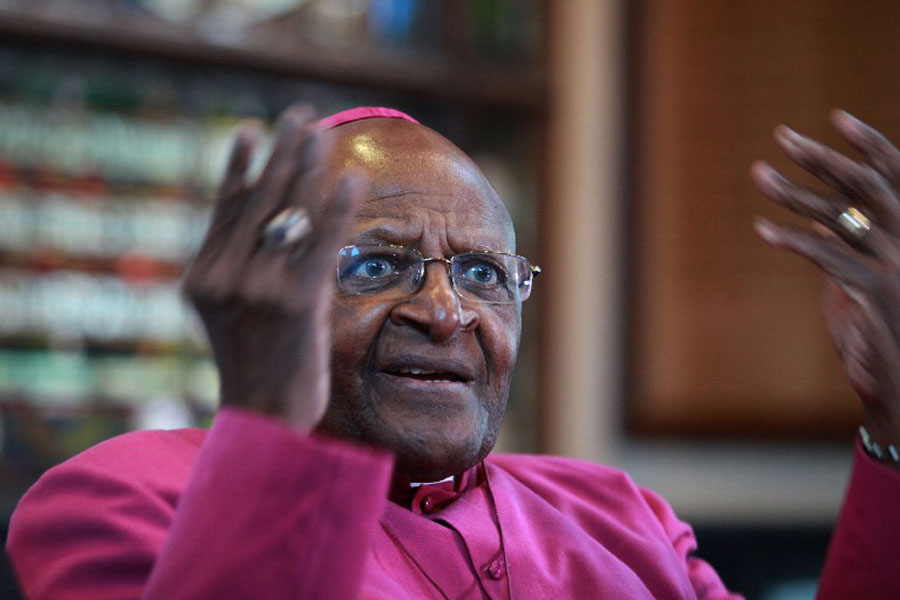 Desmond Tutu speaks during a press conference about the first 20 years of freedom in South Africa at St Georges Cathedral in Cape Town on April 23,2014.

JOHANNESBURG – Archbishop Emeritus Desmond Tutu has condemned US President Donald Trump&39;s decision to declare Jerusalem as the capital of Israel.

“Those who claim divine rights for themselves to physical property on earth are false prophets,” said Tutu.

“God is weeping over President Donald Trump&39;s inflammatory and discriminatory recognition of Jerusalem as the capital of Israel. It is our responsibility to tell Mr Trump that he is wrong,” he added.

Meanwhile, The Israeli Embassy in Pretoria has welcomed Trump&39;s decision.

Deputy Head of Mission of Israel to South Africa, Ayellet Black, said: “Well ever since 1948, with a UN protection plan which we are now celebrating 70 years since the UN protection plan, Israel has always said Yes. It has said yes to the protection plan, it has said yes to every negotiation that came further while the Palestinian have continuously rejected such a notion. So here we are saying that this is the realisation of the obvious and that we are hoping that it will serve as a catalyst to re-install peace negotiations, to say we can sit at the table.”

“The obvious has already been put in place, the cards are on the table let’s have a conversation. Israel has always been open to dialogue and does not show away from a difficult conversation and we’ve placed many moves in the past to show that we are able to have long lasting peace agreements,” Black added.

READ: Trump warned of moving US embassy to Jerusalem

The Department of International Relations and Cooperation (Dirco) said it was in favour of a two-state solution for Palestine and Israel.

“South Africa maintains a principled position that unilateralism threatens the global balance of power, security and stability in a relatively volatile environment. International cooperation, dialogue and consultation is therefore critical to ensure peaceful interaction among states,” Dirco said in a statement.

“South Africa is deeply concerned that unilateral action by the United States undermines progress that has been registered within the context of Middle East Peace Process (MEPP). We believe that the MEPP seeks to secure a lasting sustainable peace between the State of Israel and the State of Palestine. The decision to relocate the US Embassy to East Jerusalem is regrettable and is not constructive in advancing a sustainable solution in the MEPP,” it added.