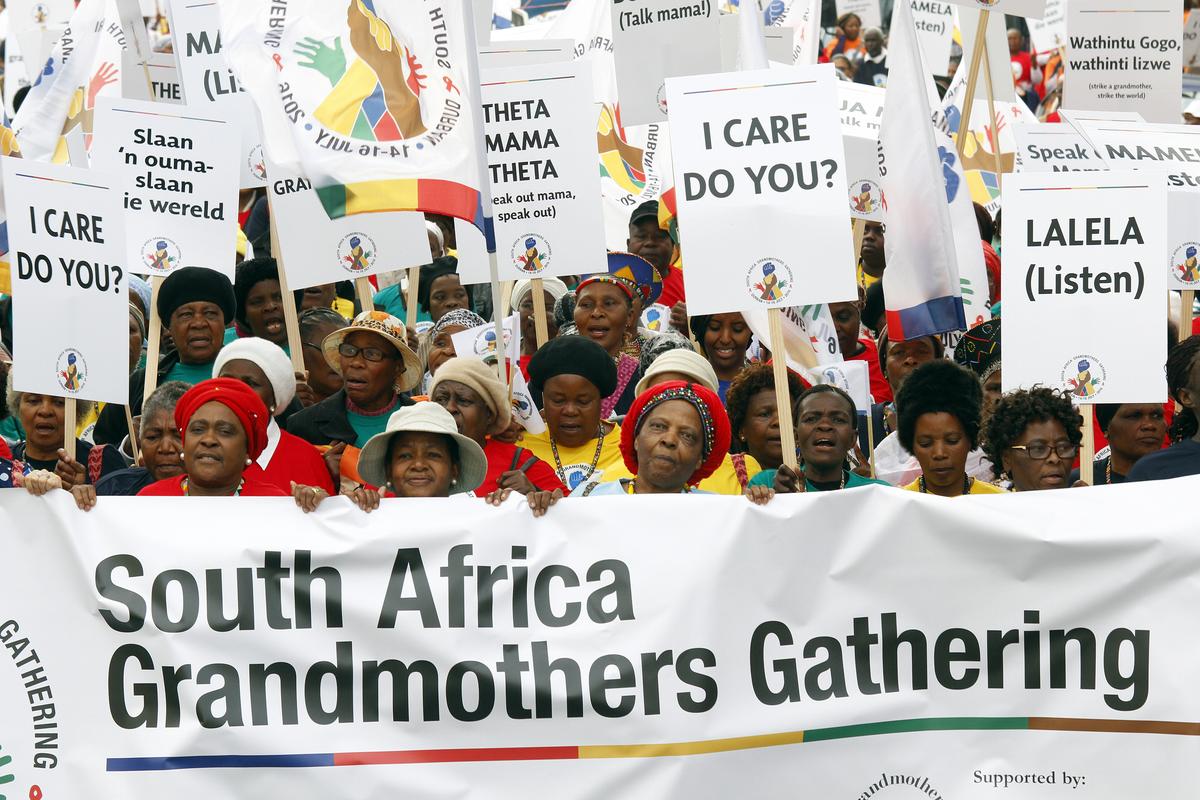 About 1500 grandmothers marched to Durban's International Convention Centre on Saturday, where the 2016 World Aids Conference is set to begin, to demand greater recognition for the plight they face and the role they play in fighting HIV/Aids.

DURBAN – About 1,500 grandmothers marched to Durban’s Inkosi Albert Luthuli International Convention Centre on Saturday to demand greater recognition of their plight and the role that they play in the fight against the HIV/Aids pandemic.

The  gogos (grandmothers in isiZulu) marched ahead of the 2016 World Aids conference which starts in the city on Monday.

The colourful march headed from Durban’s beachfront to the convention centre where the marchers, one of whom was 86-years-old, were addressed by Joint United Nations Programme on HIV and Aids (UNAids) executive director Michel Sidib and former UN Special Envoy for HIV/Aids in Africa Steven Lewis.

Darlina Tiyawana, one of the organisers of the grandmothers&39; gathering that took place on Thursday and Friday, told the marchers that grandmothers should demand an increase to R3,000 a month in the allowance they received for looking after children orphaned by HIV/Aids.

The march saw the gogos holding up banners reading “I care, do you?”, “Slaan &39;n ouma, slaan die wereld (Afrikaans for "Strike a grandmother, strike the world"), and “Khuluma gogo” (isiZulu for "Speak out, granny").

US pledges R6bn to fight Aids in South Africa

Some danced while others sang as police ensured that traffic was diverted from the march.

“Today we come to insist that we receive increased support and to have our expertise counted,” said Tiyawana, a 63-year-old grandmother of six, who is also taking care of her sister’s children. She thanked the government for providing grants, but said approval for grants to assist grandmothers was taking far too long to process.

“To see these measures put in place to protect our rights gave us hope that our burden would be less heavy. But they are not working, when it can take years for a foster grant to be processed, when grandmothers have to travel long distances to visit government offices who turn them away again and again. When pensions are hopelessly inadequate and don’t start until (the age of) 60, then we are dealing with a system that is in desperate need of change,” she said.

According to organisers of the march, it is estimated that some two million children in South Africa have been orphaned by HIV/Aids, with grandmothers bearing the brunt of raising those children.

Sidib said grandmothers played a critical role in the fight against the disease and without them many children would not make it to adulthood.

Lewis said he was inspired by the grandmothers. “These are remarkable women who are keeping society alive,” he said.