Gordhan and Jonas: Only Zuma can decide our futures 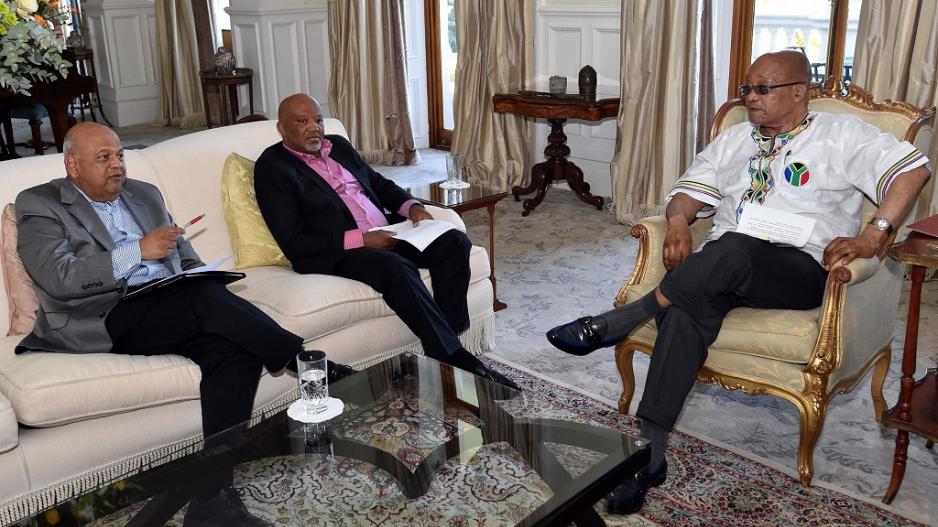 CAPE TOWN - Finance Minister Pravin Gordhan and his deputy Mcebisi Jonas say they are serving at the behest of President Jacob Zuma and only he can decide on their future.

Their remarks come amid widespread speculation that their jobs may be on the line through a cabinet reshuffle.

Last week the ANC Youth League called for Gordhan and his senior team to resign from treasury.

READ: What to expect from Pravin Gordhan

Speaking on eNCA’s Justice Factor ahead of the much-anticipated budget speech on Wednesday, the duo challenged those calling for their axing to reveal whose interests they are serving

“Viewers must ask where do the people who make these calls get their mandate from? Whose interest are they actually projecting at this point in time and what are they trying to protect, hide or defend,?” Gordhan asked.

Jonas reiterated that they serve at the pleasure of the president and it depends on him whether they remain in their current positions or not but they are ready for any eventuality.
The ministers said drafting a budget in such times is challenging.

"Growth without transformation can only increase inequality and poverty across the board and equally transformation without growth is equally problematic," said Jonas.

Gordhan is warning against an apparent abuse of power by those in charge.

"That kind of abuse is totally unacceptable in our kind of young democracy and I think both within the ANC and outside of the ANC, voices have been raised,” he said.

“So if one leaves it to the conscience of the people involved, one hopes that works and if that doesn't work, then the public will have their say."

#Budget2017 Pravin Gordhan explains how @TreasuryRSA puts it together. Next episode of #JFactor with @JusticeMalala at 3:30pm pic.twitter.com/KgOsT2oqiB