Gordhan backed by Ramaphosa in face of Zuma slamming 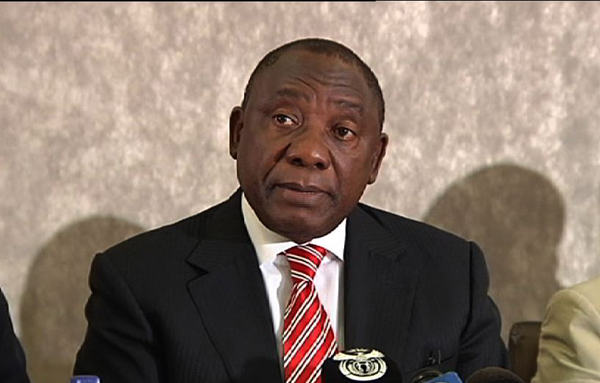 He has made it clear that a government should not be seen to be at war with itself.

"It should concern us because when a government works well, it should be a government that does not wage war against itself."

"And I would like, standing here, to pledge my total confidence in the minister of finance. In the way that he has been doing his work."

Ramaphosa was at the funeral for Makhenkesi Stofile representing Zuma, who is out of the country.

A number of prominent ANC members came out being critical of the president Thursday.

They also supported the call for an early elective congress.

President Jacob Zuma has expressed his support for Finance Minister Pravin Gordhan but says he can’t stop the Hawks investigation into the finance minister’s involvement in the establishment of the so-called rogue unit at Sars.

READ: I have no power to stop Gordhan investigation

Speakers at the funeral said Stofile raised concerns about the ANC before his death, but his letters went unanswered.

Deputy Finance Minister Mcebisi Jonas also repeated the late Makhenkesi Stofile&39;s call for the ANC to reflect on its mistakes.

“Part of the failure we have, as Stofile used told us,is that once you lose the hegemony, once you are off the intellectual and moral high ground as movement your ability to steer transformation will be constrained, if not blocked completely. And cde Stofile would have told us that we are fast stepping off the high moral and intellectual ground. That these are forbears left with us as the movement.”

EXPLORE: Interactive timelime of troubles at the Treasury