Gordhan learnt of dismissal on TV 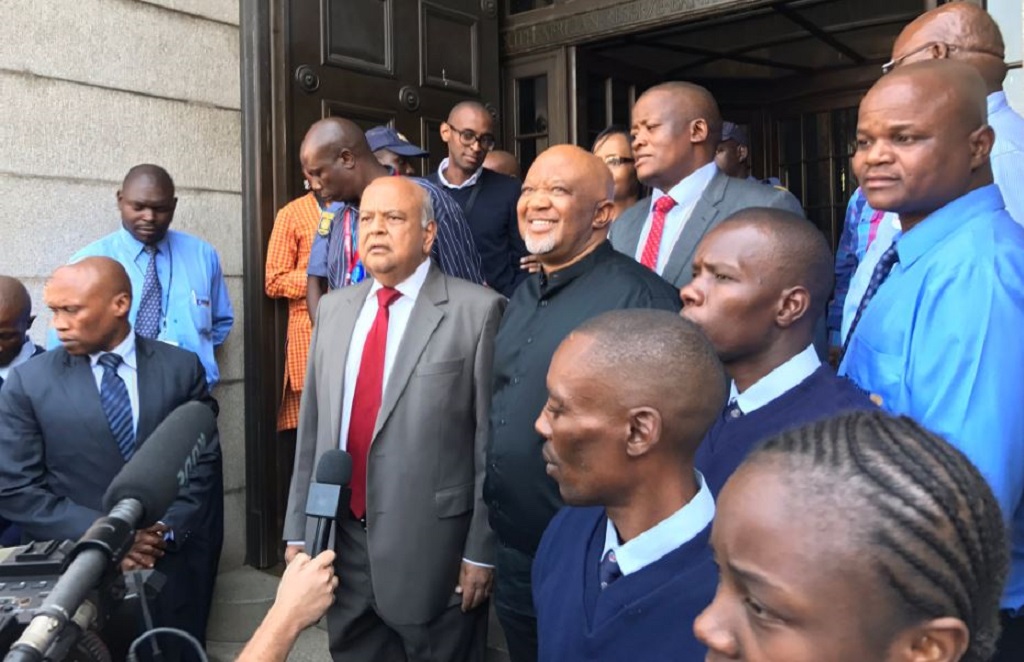 Pravin Gordhan and Mcebisi Jonas thanking those who have come out to show support.

PRETORIA – Former Pravin Gordhan says he learnt of his axing from cabinet via the media late on Thursday night.

Gordhan and his deputy, Mcebisi Jonas, were axed by President Jacob Zuma from the finance ministry in a cabinet reshuffle that claimed the scalps of six ministers and nine deputies in total.

Gordhan flanked by Jonas and Director-General at the National Treasury Lungisa Fuzile addressed the media outside Treasury’s headquarters.

Gordhan saying they found out last night on TV that they no longer have their positions #CabinetReshuffle #OccupyTreasury pic.twitter.com/0rPRUyaV89

“Well, we saw on TV last night that we are to lose our title ..  I am not sure when but some time now but that’s in the hands of those that make the decisions,” said Gordhan.

Gordhan and Jonas thanked their staff and those who came out to show support.

Gordhan says that he was appointed because of blunders of what is now known as 9/12, when then finance minster Nhlanhla Nene was fired.

He said he was sickened by allegations of secret meetings in London and that a so-called intelligence report, which was used as in instrument to fire him, was absolute nonsense.

Jonas said of the report: “It's nonsensical, even the language used, it's done by amateurs.”

Gordhan said he would be guided by his conscience in voting on a motion of no confidence tabled by opposition parties in Parliament.

The Democratic Alliance and the Economic Freedom Fighters have written to the speaker of Parliament, Baleka Mbete, asking to debate Zuma’s fitness to hold office.

“I will be guided by conscience when and if that happens,” said Gordhan.

“Hopefully I will do the right thing whatever that might be. So you come back in a short while and ask me the question again.”

Gordhan and Jonas informed that they remained members of parliament for now.

"Senzenina?" Treasury workers can be heard singing this song from streets of PTA. #PravinGordhan to brief media soon #cabinetreshuffle pic.twitter.com/Dclgp6JPZR

We were asked to leave reception at Treasury office, ahead of a meeting. This is what is sounds like from outside, loud singing & applause pic.twitter.com/yjvsztnR7j