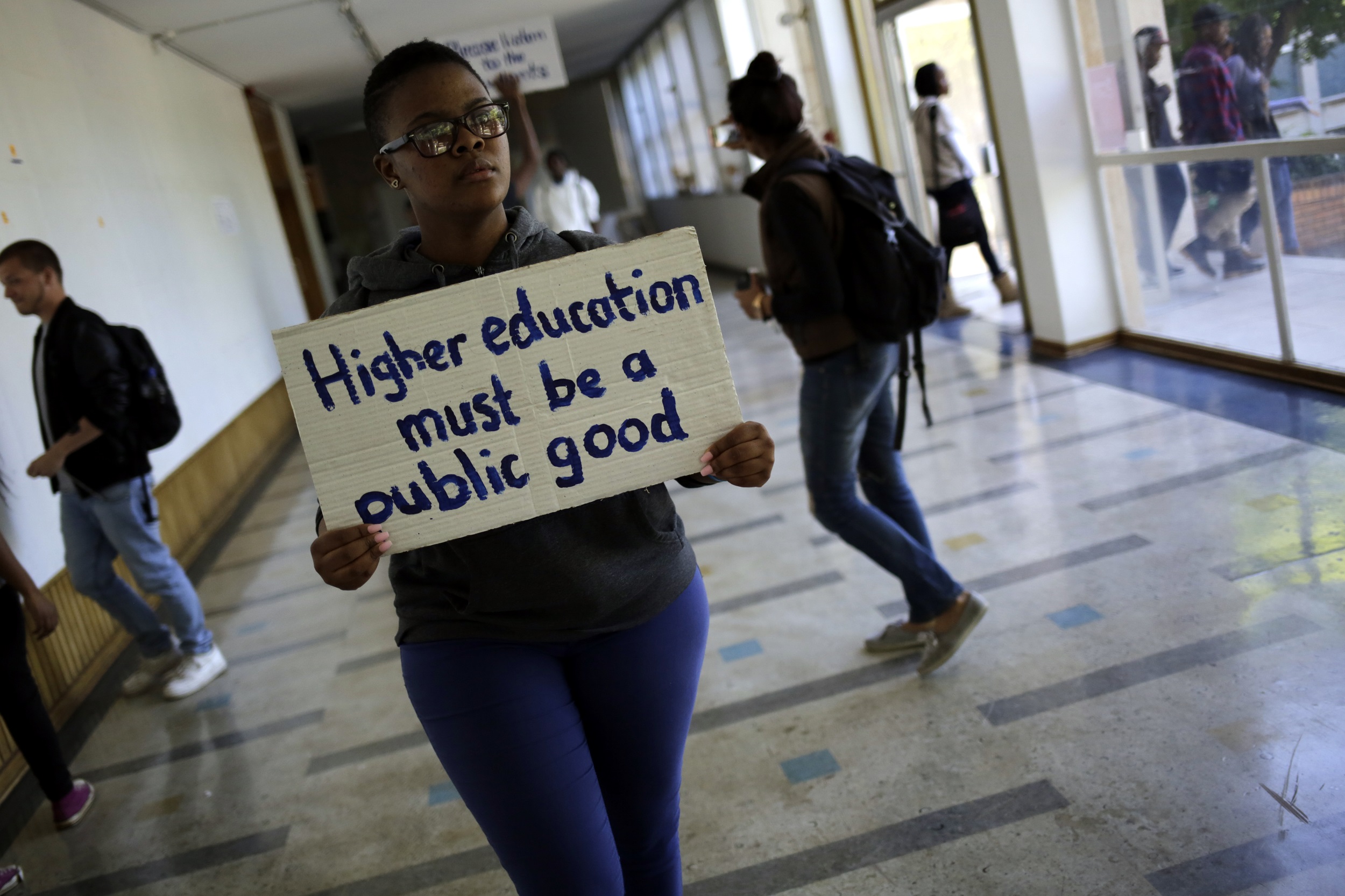 A Wits student protests during the third week of ongoing protests against the cost of higher education.

Catch our LIVE BLOG for all tertiary institution developments.

JOHANNESBURG - Finance Minister Pravin Gordhan says free education for the poor is on the table.

But Gordhan says for now, government cannot afford free higher education for all.

The minister says government is working hard to ensure the poor eventually get to study for free.

He was speaking at an investor workshop in New York.

"If the economy doesn't grow, revenue doesn't increase, then the fiscal space that we actually have becomes constrained, and one can't only look at the student fees," he said.

"I think at the end of the day the conversation we require is one which says, understand all of these pressures on government and build enough trust amongst the different constituencies that government is doing its best at the moment to meet the immediate needs, and let's work together to meet the aspiration.

Meanwhile, Wits University will remain closed for the rest of the week.

Management and student leaders have agreed that classes will be halted until next Monday.

At the same time, a general assembly for stakeholders will be convened on Friday.

The university says it's concerned about delays to the academic programme.

“We do not want to want to lose the 2016 academic year," said Wits Vice Chancellor Adam Habib.

It opened its doors on Tuesday but clashes broke out between police and protesting students who were against the resumption of classes.