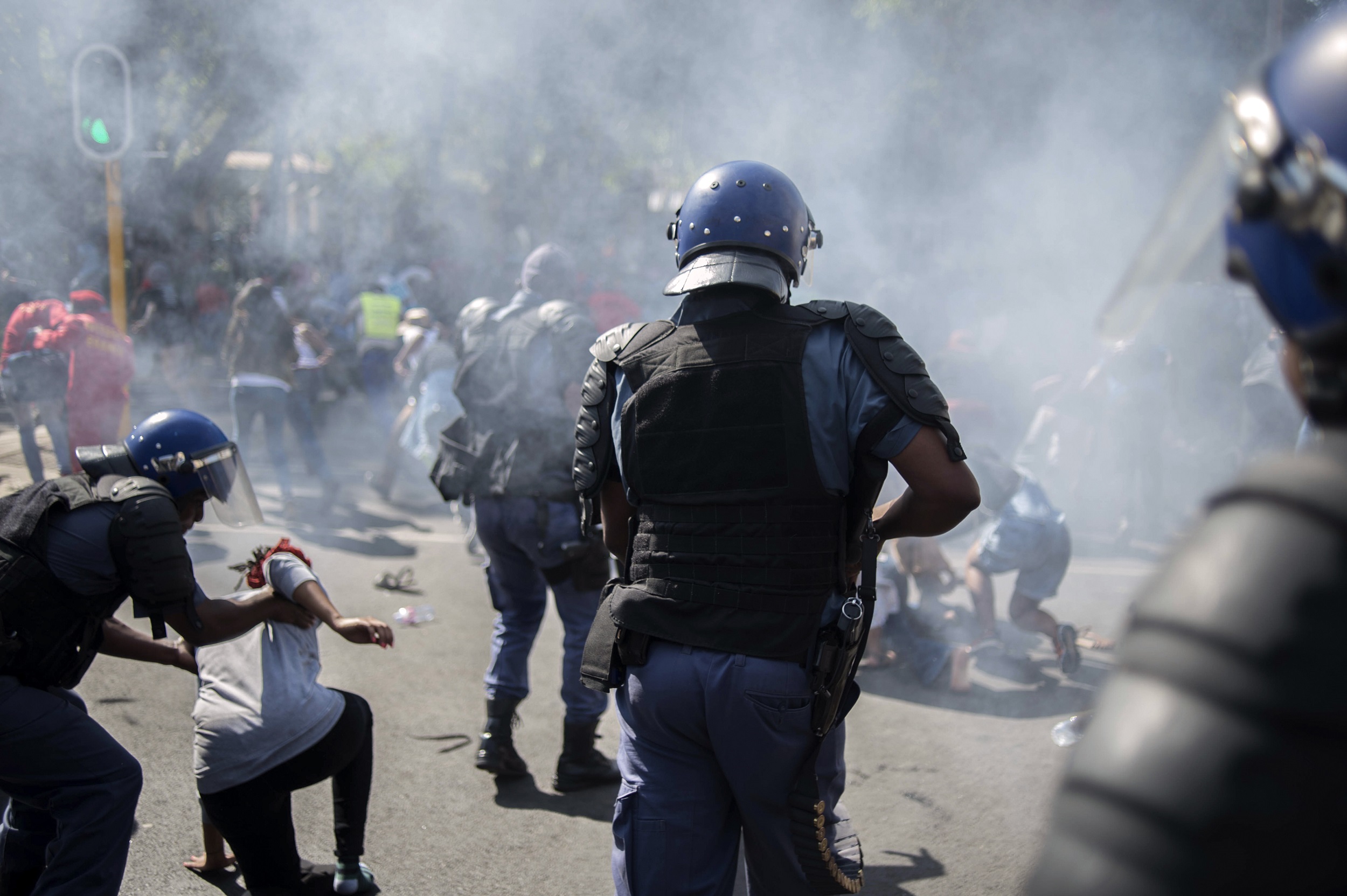 JOHANNESBURG - Government has condemned the violent student protests at some of the country’s universities.

“We believe there’s no problem in South Africa that cannot be solved by peaceful negotiations," said Minister in the Presidency Jeff Radebe.

"You will recall that the Minister of Higher Education [Blade Nzimande] indicated the view of government that -- as we are going forward during the medium-term budget policy statement -- we should expect some issues to be raised on this issue of higher education," said Radebe.

"All these things will be take into consideration because education is at the apex of our priorities.”

Police and students clashed again on Wednesday, the third day of  protests over university fees.

The Wits contingent of the FeesMustFall movement tried to take their call for free tertiary education to other higher learning institutions.

Police made several arrests after forcing students back to campus.

Students are promising more demonstrations on Thursday as they continue to demand free tertiary education.

Meanwhile, the ANC&39;s Gwede Mantashe says students should know their rights and responsibilities when it comes to tertiary education.

He was speaking on the sidelines of the South African Clothing and Textile Workers Union National Congress.

The party’s secretary general says he believes that universities should be shut down for up to a year if fee protests continue.

He told the media that it would be best for institutions to close in order to protect them.

Watch the gallery below for more tertiary students&39; uprising coverage