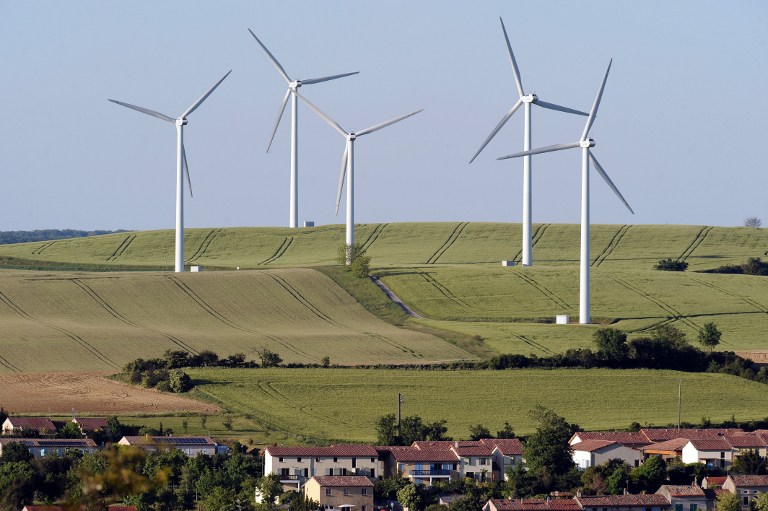 Wind turbines near the village of Avignonet-Lauragais, located southeast of Toulouse in the Midi-Pyrenees region.

JOHANNESBURG - South Africa&39;s government is due to sign deals with 27 independent power producers (IPPs), effectively unlocking R56-billion of investments over the next two to three years and creating more than 61,000 jobs, an industry official said on Monday.

The deals will be signed on Tuesday.

The chief executive of solar project developer SOLA Future Energy, Dom Wills, said the agreement would put an end to a two-year period of great uncertainty for the South African renewable energy industry.

It was also a clear nod from government that solar and wind were the cheapest forms of electricity and implementation on a national scale would help to reverse state power utility Eskom&39;s drastic upward cost trend and drive power prices down, Wills added.

Experts in the sector say Eskom, which supplies about 95 percent of South Africa&39;s electricity, most of it coal-fired, has been reluctant to sign new deals with independent power producers.

“The delay in signing these agreements has resulted in many job losses in industries that were set up to support the program," Wills said.

"It is expected that over the next three years, at least 61,000 jobs - or six percent of government’s targeted one million jobs - will be created in renewables as a result of moving this program forward."

He said the government&39;s strong signal to the renewables industry would also help South Africa recover its former position as a leader in independent power production.

“The renewables programme enables South African individuals and companies to invest in electricity generation assets which have 20-year revenue streams.  This will allow a greater participation in the South African economy and strong competition to ensure best possible value for the consumer," said Wills.