Government says Sithole murder not a case of xenophobia 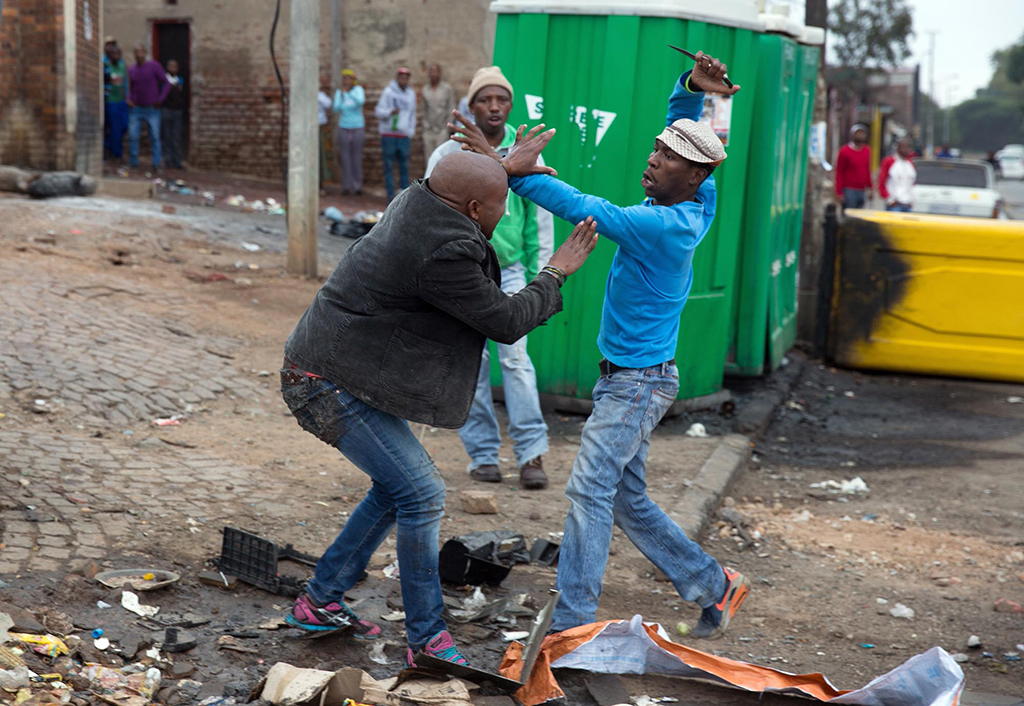 Mozambique national Emmanuel Sithole collapses on the pavement after he was attacked by men in Alexandra township in Johannesburg on April 18, 2015. He later died from his wounds.

CAPE TOWN - The murder of Mozambican national Emmanuel Sithole was not a case of xenophobia but plain criminality, despite the fact that his killers stole neither his cellphone or cash, State Security Minister David Mahlobo said on Tuesday.

“We know that in terms of the eyewitness it was just pure robbery that happened, the fact of the matter that they never took the cellphone or the wallet it does not make it to be not a criminal matter,” Mahlobo told a media briefing by the inter-ministerial committee on migration in Pretoria.

Mahlobo said he could not give more information because the case was now before court.

“We know that there are items like cigarettes that have been stolen but we won’t actually go through the details because that matter is already before the court and it was just a clear matter it is not related to these issues.”

Sithole, who was killed in Alexandra ten days ago, was not among the seven deaths officially linked to the wave of xenophobia this month that also displaced thousands of foreigners.

The inter-ministerial committee released a list of the names of the victims, of whom only four are foreigners and the remaining three South African.

The foreign victims are Ethiopian Marcus Natas, who died in a petrol bombing in Umlazi, Mozambican Dava Sabastio who was attacked by a mob in Verulam, Bangladeshi Shaofic Shaof Ul Alam, who was shot dead in Plessislaer outside Pietermaritzburg, and a Zimbabwean known only by his first name of Muvo who died in Chatsworth.

The ministers listed the three local victims as Thabo Mzobe, Ayanda Dlamini and Petros Dlamini. They were respectively killed in Ntuzuma in eThekwini, Bekhithemba in Umlazi and Chatsworth.

No reason was given why the deaths of these three were considered xenophobic attacks. In Mzobe’s case, two South African men have been arrested for his murder.