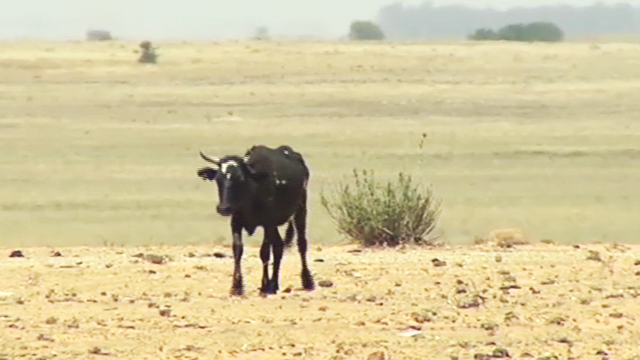 Free State, 16 November 2015 - Drought in the Free State has left more than 400,000 hectares of grazing land decimated. And while feed is being supplied to hundreds of farmers, it's merely a stop gap.

JOHANNESBURG – KwaZulu-Natal farmers have expressed relief as Agriculture and Rural Development Department have set aside R114 million to assist them.

The lifeline comes as many farmers are struggling to keep plants alive and an estimated 40 000 cattle have already died, with thousands of farmers also reporting critical crop losses.

The aid rollout is expected to start on Monday.

The Gauteng department for economic development says it needs more money to assist farmers affected by the drought.

Gauteng&39;s MEC for Economic, Environment, Agriculture and Rural Development Lebogang Maile says the emergency relief fund set aside by government isn&39;t enough and is planning to ask Treasury to boost the amount.

The lack of rain has left many battling to keep plants and stock alive, some have even been forced to slaughter livestock and sell the meat.

Officials have put the cost of the ongoing drought in KwaZulu-Natal at R2.1 billion.

The province was declared a disaster area in October due to the ongoing drought.