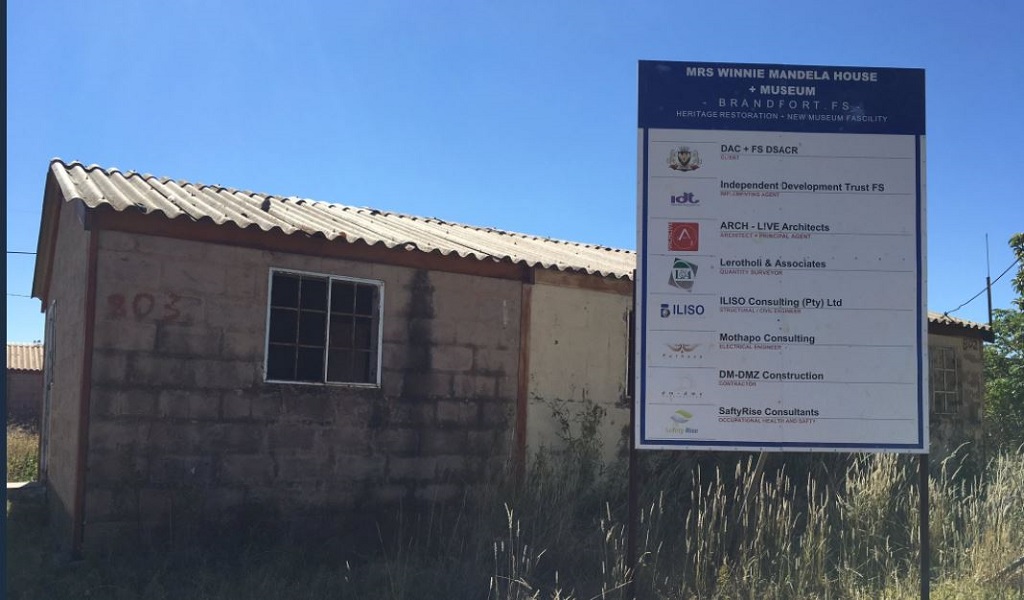 JOHANNESBURG – The Department of Arts and Culture paid a total of R593,622.29 in the 2011/12 financial year for construction work on Winnie Madikizela-Mandela’s former home in the Free State, to be converted into a museum.

Government on Monday embarked on a site visit to Madikizela-Mandela’s dilapidated former house in Brandfort.

Deputy Arts and Culture Minister Maggie Sotyu met various government representatives to find out why the project never got off the ground.

WATCH: This is what the #WinnieMuseum looks like ahead of a site inspection by Arts&Culture DM Sotyu scheduled for later this afternoon. pic.twitter.com/COVQG4xdzc

The structure, which was meant to be turned into a museum over a decade ago, housed Madikizela-Mandela and her youngest daughter, Zinzi, after she was banished to the town in May 1977 by the apartheid government.

But 40 years later, the home Madikizela-Mandela lived in for nine years was a far cry from a renovated museum.

Millions were reportedly pledged to the project over the years, but the structure remained little more than an empty shell, used by criminals.

Irwin Langeveld, a director at the Department of Arts and Culture, said R117,000 was paid to the contractor and R476,000 to the appointed architect in the 2011/12 financial year.

Langeveld said the department was in discussions to immediately provide the site with 24-hour security, as it continued to explore how to revive project.

It was revealed that a 2015 Gobodo forensic audit found irregularities in the department's running of the project through the Independent Development Trust.

The department further stated that all IDT-driven projects were therefore halted, as government terminated its relationship with the trust due to non-delivery and poor accountability.

Sotyu wants women contractors appointed when #WinnieMuseum projects gets off ground again. I also hope there is budget for 24hr security. pic.twitter.com/H5j0RtbcP7