NDP on track and being implemented, Ramaphosa insists 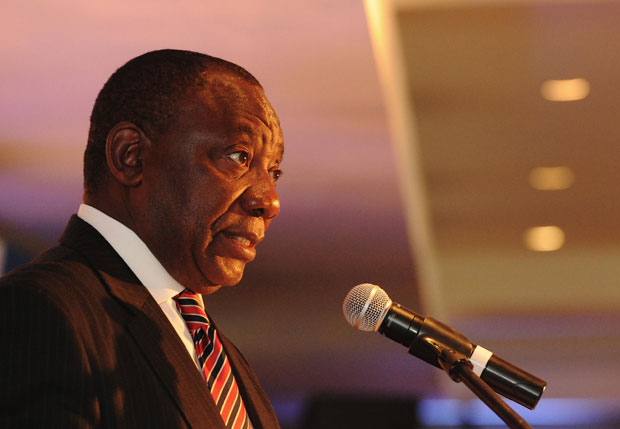 PARLIAMENT – Deputy President Cyril Ramaphosa on Wednesday dismissed opposition charges that the government was divided about the National Development Plan, telling the National Assembly it was being implemented with clear targets and timelines.

Responding to a question from DA MP Thomas Radebe, Ramaphosa said: “The South African government has no plans, intention, (or) thought whatsoever to drop the National Development Plan.

“The good thing about it is that it was adopted by nearly every party in this Parliament. It is our plan, it is our overarching plan that we have now as government translated with the purpose of implementing it more properly into the medium-term strategic framework with clear outcomes… and with clear deliverables," Ramaphosa said.

"That plan has been dissected to the last iota; it is now in implementation mode. Every quarter, the ministers in President (Jacob) Zuma’s government account for how they are implementing the plan.

“As we implement this plan, we are essentially implementing the tenets of our Constitution as well as the Freedom Charter. More directly, we have no plan whatsoever to abandon the National Development Plan.”

DA finance spokesman David Maynier, in a supplementary question, said that Deputy Public Works Minister Jeremy Cronin patently disagreed with this view because he had downplayed the plan, which has faced strong opposition from left-wing members of the governing alliance, as a mere vision and that the government “cannot and indeed will not implement the National Development Plan”.

Maynier cited an editorial in the City Press newspaper in July in which Cronin wrote: “(Former minister Trevor) Manuel is now ill-advisedly seeking to cast the NDP in stone. But the NDP is not a ready-made implementation plan, it is more a vision. It consists of some useful insights and recommendations, intriguing but untested proposals, summaries of programmes long under way, and much else. These are sandwiched between an opening section of cringeworthy poetry (&39;Our leaders’ wisdom is ours, because we sense our wisdom in theirs…&39;) and a clumsy attempt to present a social contract theory.”

In a blustering response, Ramaphosa said Cronin was, on the contrary, working alongside him to implement the plan which the government adopted as its long-term policy blueprint three years ago.

“I work with Deputy Minister Cronin and the both of us are leading the charge in implementing the programmes that are set out in the National Development Plan… you want us to disown our minister. No, we will not, we will rather disown you.

“Oh, the poetry in the National Development Plan is so well-crafted. The deputy minister is a poet himself and you should take time yourself and read his poems. It will open the pores of your thinking….what you have said and what the deputy minister has said is not mutually exclusive.”