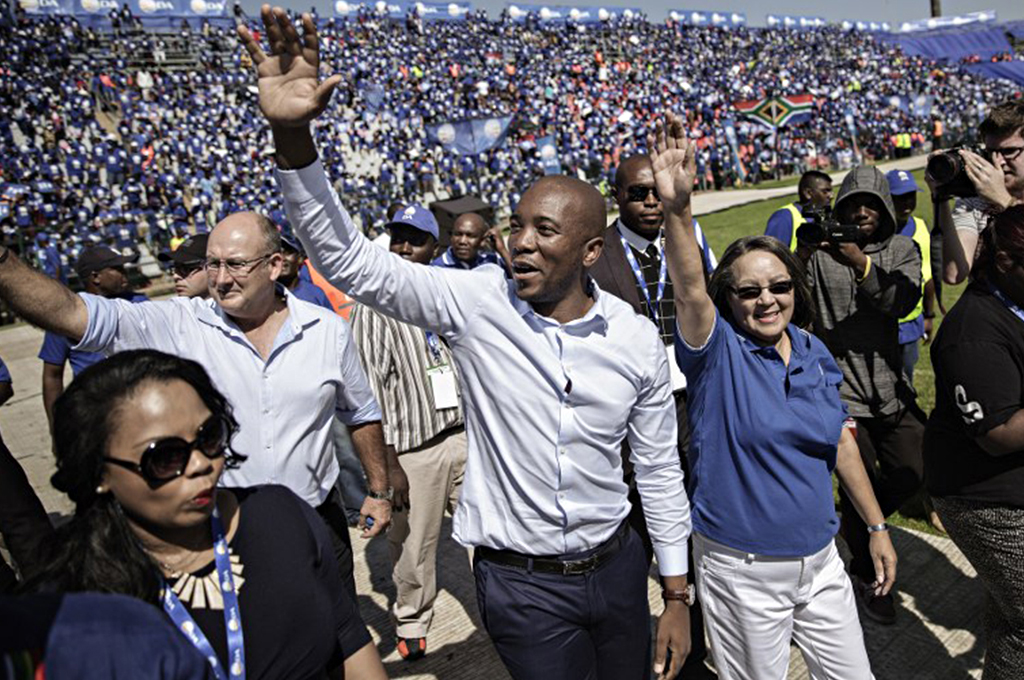 JOHANNESBURG -- It is all systems go for the Democratic Alliance to form a government in the municipalities of Tshwane and Nelson Mandela Bay.

The country’s largest opposition party has also secured a level of backing from the Economic Freedom Fighters (EFF).

EFF leader Julius Malema announced just hours before the DA press conference on Wednesday that his party would not be part of a coalition government with the DA but it would vote for its candidates in Tshwane, Ekurhuleni, Johannesburg and Nelson Mandela Bay.

DA leader Mmusi Maimane welcomed Malema’s offer, also emphasizing that there was no coalition agreement between the two parties.

“We in good faith went out and negotiated with the EFF. I wanted us to be clear about who we are and who they are.  It is clear that we would never agree on ideological issues because there are many positions that are vastly different upon these two parties and that is why democracy provides that both parties must exist,” said Maimane.

These are the key points from the coalition agreement the DA has made with other parties:

“This is an agreement that seeks to put the people of South Africans ahead of anything else,” said Maimane.

“We were clear – we asked the people of Johannesburg to vote for Herman Mashaba and Herman Mashaba stands as our candidate. So we hold strong to that view to say you can&39;t ask South Africans to vote for a candidate and seek to find a view to change that,” said Maimane.