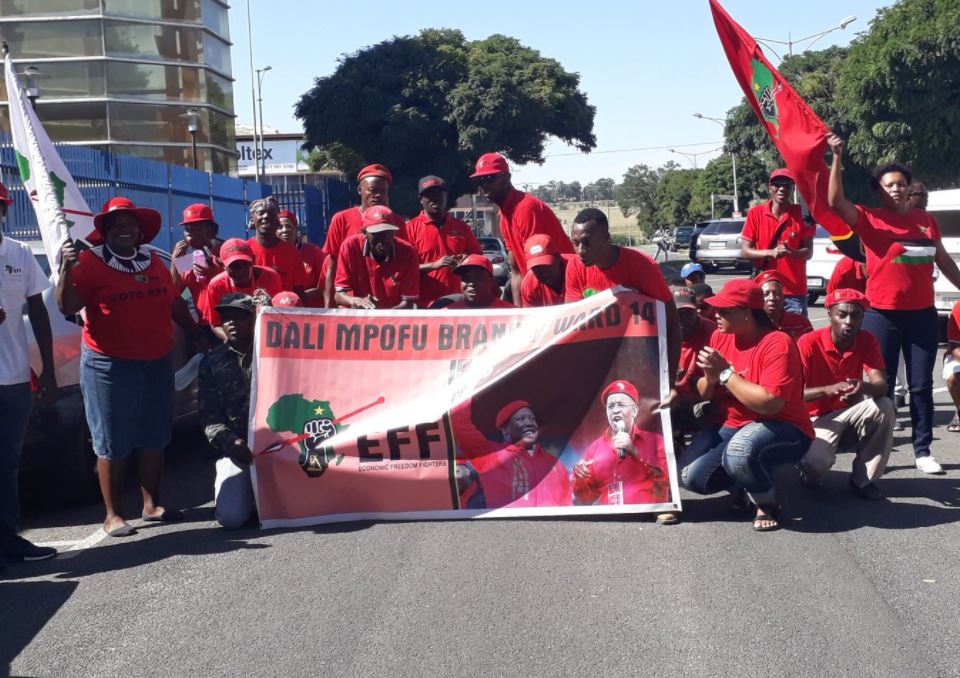 EFF members protested outside the Krugersdorp magistrate's court where a security guard is expected to apply for bail.

KRUGERSDORP - A security guard accused of murdering a farmworker in Tarlton is appearing in the Krugersdorp magistrate&39;s court for his murder.

The incident happened when a group of security officers followed the worker, who was driving a tractor allegedly stolen from his employer.

Earlier, EFF members demonstrating outside the court ahead of the suspect&39;s appearance.

The former police officer (46) -- who started a security company in 2011 -- is accused of murdering Aaron Mutavhatsidi.

In an affidavit read out in court, the guard said he will not try to evade trial and that he will surrender all firearms to the police.

He also said that he will not endanger anyone or intimidate witnesses.

Court has adjourned for a break.