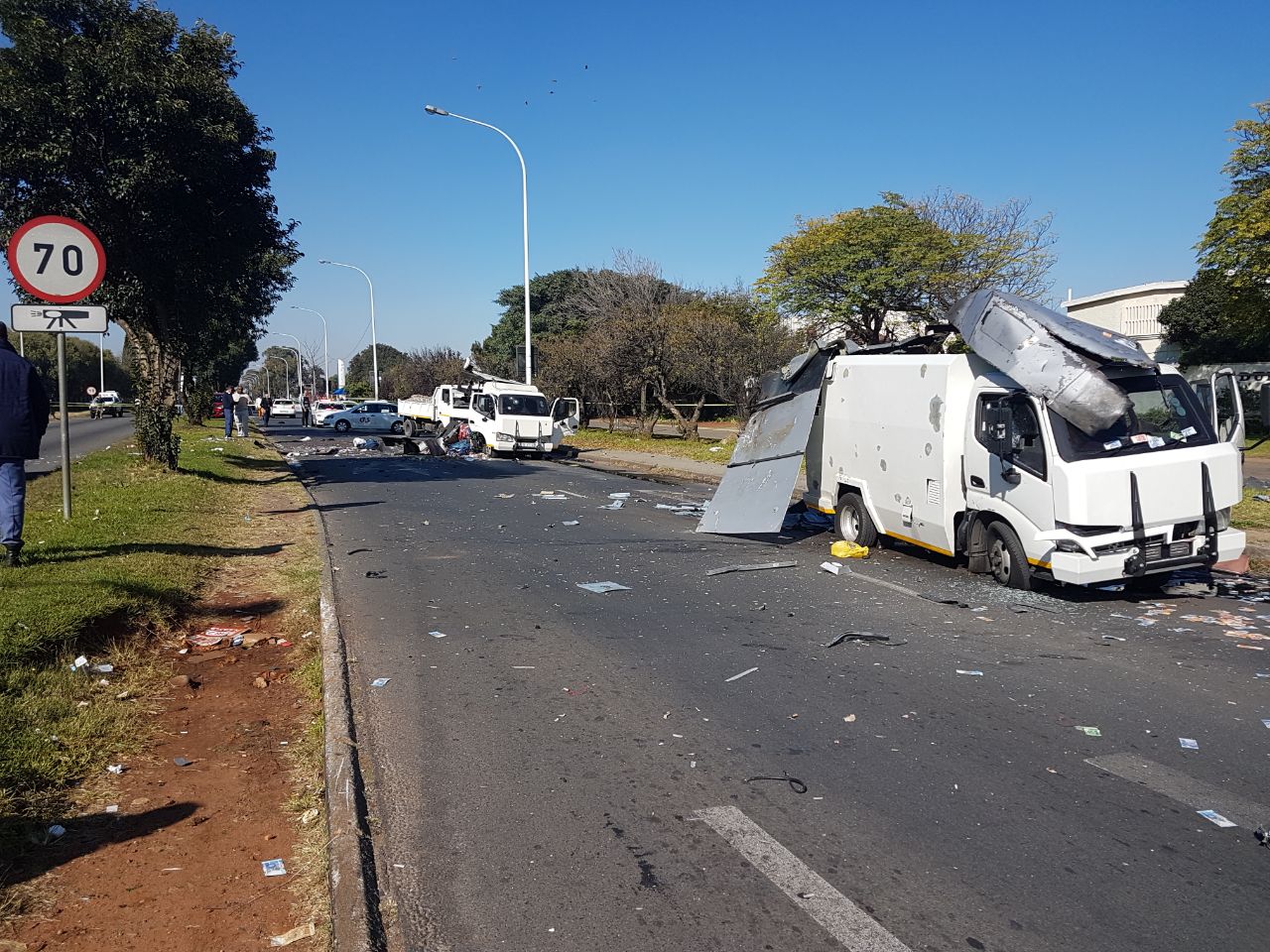 Eight people were injured following a cash in transit heist in Atlas road in Boksburg on Thursday.

JOHANNESBURG - There have been 96 cash-in-transit heists in Gauteng in the past nine months, with police recovering R95-million in stolen cash, the Community Safety Department said on Tuesday.

Most of the armed robbers managed to get away and have not yet been arrested, the department said

"Very few suspects were arrested, there are only 11 cases where arrests were made, while 85 suspects are still at large. The actual number of suspects arrested to date amounts to 26 in total."

The department said so far R95-million in cash has been recovered from the scenes of attacks and from suspects.

In addition, firearms and other items have been recovered.

As many as 16 vehicles were recovered from suspects.

The department said two warrants of arrests were yet to be executed.

MEC Sizakele Nkosi-Malobane met law-enforcement agencies on Monday to come up with ways to curb the increasing heists that add to the escalating violent crimes gripping South Africa.

&39;&39;Criminals are proving to be sophisticated lately, therefore a collective approach to deal with cash-in-transit heists is critical. It is important that we commit all our resources and engage all the law-enforcement agencies in the province to deal with this challenge. We cannot allow these criminals to walk our streets and instil fear among citizens,&39;&39; Nkosi-Malobane said.

&39;&39;I have instructed the crime intelligence team to work around the clock to ensure that all suspects linked to the heists are arrested and ensure that maximum sentences are imposed [by the courts]. All law-enforcement agencies and specialised units must work together to deal with the scourge of cash-in-transit heists.&39;&39;

Nkosi-Malobane said investigators needed to work together with private security and stop syndicates who supply explosives used by robbers to bomb cash vehicles.