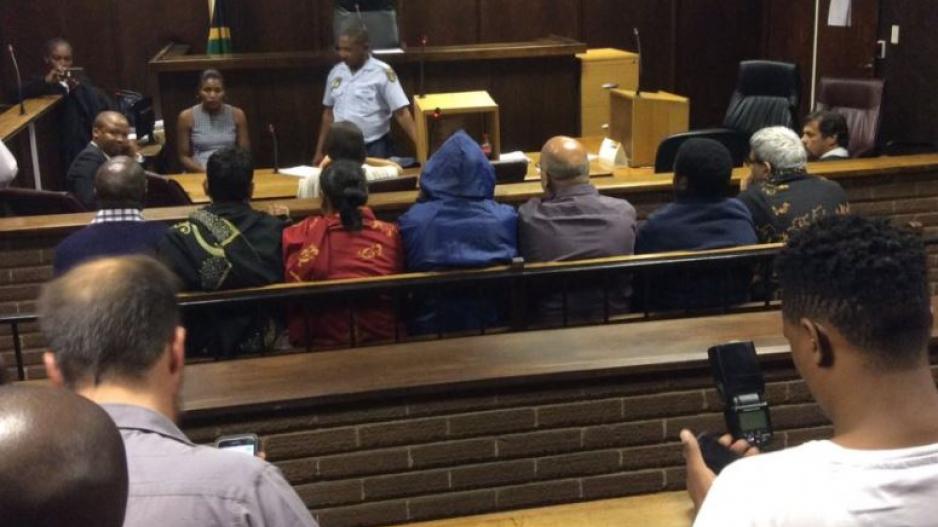 The suspects who are appearing in the Bloemfontein magistrate's court on charges linking them to the R220-million Estina Dairy Project scandal.

BLOEMFONTEIN - The Hawks has served warrants of arrest on 13 people linked to the Estina Dairy scandal, including members of the Gupta family.

Two are still being sought, with eight already arrested.

Seven people appeared in the Bloemfontein regional court on Thursday.

They will face charges linked to the R220-million Estina Dairy Project scandal.

READ: Five, including members of the Gupta family to appear in court

Three suspects are reportedly outside the country, and arrangements are being made to ensure they stand trial.

No names have been released, but the priority crime investigative unit is expected to name the two still being sought locally.

Police Ministry says Hawks will "soon be naming" the two EstinaDairyProject suspects that are being sought locally.
They are seeking assistance to ensure Indian and Chinese suspects - currently overseas - will stand trial.

Hawks working with the NPA in the so-called ‘State of Capture’ investigations commenced to serve warrants of arrests on thirteen (13) suspects yesterday in Bloemfontien and Johannesburg relating to the Vrede Dairy Project. pic.twitter.com/xLeHzT3JtQ