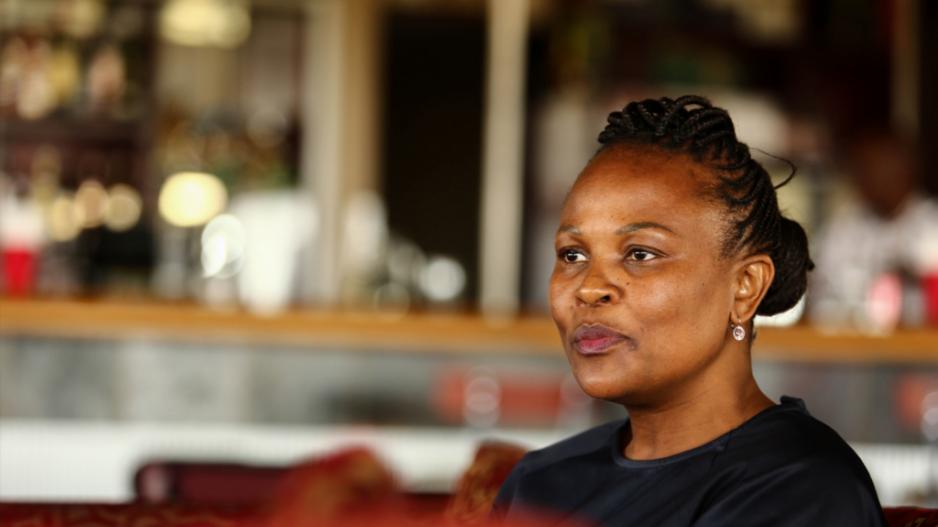 The newly appointed Public Protector Advocate Busisiwe Mkhwebane during an interview on October 08, 2016 in Pretoria.

Mkhwebane, who had previously indicated that she would not oppose the President’s bid to interdict the state capture report, was responding to an invitation by the President to confirm the status of the report.

Zuma filed an affidavit to court on Tuesday seeking clarification over whether he would be able to question witnesses himself before the public protector finalised its report.

"The Public Protector has the President's latest affidavit and has through the attorneys confirmed that the report was finalised and signed ... on 14 October 2016," the public protector's spokesperson Kgalalelo Masibi said.

Madonsela had confirmed this on 18 October, when she said, "I have made my decision and it is my final decision in terms of the information I had."

The president has sought to interdict the document in the North Gauteng High Court.

Former Public Protector Thuli Madonsela and President Jacob Zuma differ in their accounts of how Madonsela sought answers about state capture from the head of state.

Madonsela said, We "agreed nicely after a long four hour discussion that we will leave the questions that the President will answer with the help of his lawyers and we’d meet on Monday, after receiving those questions. What happened on Monday is I got an interdict, and application for an interdict."

President Zuma, however, said, "I interdicted it because she was going to issue a report having not talked to me or asked me questions and it is within my rights, it is fact within the act of the Public Protector, that those who are to be questioned have the right to do what I have done.