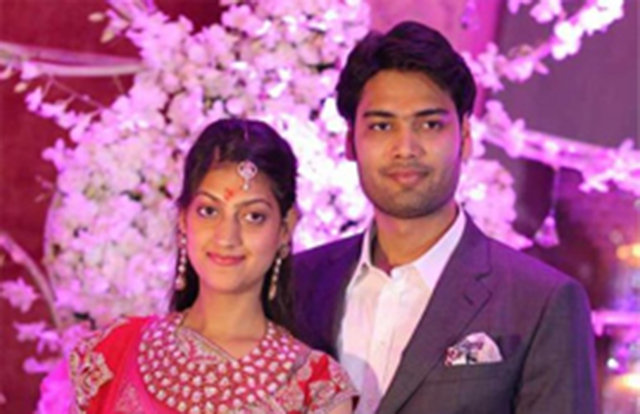 A screenshot of a photo of the bride Vega Gupta and her husband to be Aakash Jahajgarhia from their wedding site.

Johannesburg – The Guptas are pulling out all the stops in what&39;s been billed as the wedding of the year.

The family reportedly booked out the entire Palace of the Lost City in the North West for four nights, where suites cost between R4600 and R44000 a night.

The bride is 23-year-old Vega Gupta, the niece of the three affluent Gupta brothers and her fianc is reportedly from a wealthy family in New Delhi.

The couple have a website set up for their wedding. It includes a countdown to the wedding, full length biographies of the bride and the groom, as well as full descriptions of the wedding ceremonies.

Guests are required to login in order to be able to leave their wishes for the pair and view their full profiles.

The guest list includes 150 South Africans who are expected to attend a series of traditional ceremonies, the first of which kicks off later on today.

Bollywood singers and actors are expected to be among the 200 overseas guests.

About 5 000 people are set to attend another wedding ceremony for the couple, to be held later in India.

On Tuesday morning the event caused a stir after reports of the Gupta family having used the Waterkloof airforce base to land charter planes full of VIP wedding guests.

However, the Guptas released a statement saying the airforce base was used with full permission of the authorities to receive foreign dignitaries, including some ministers.

Above is a gallery of screenshots taken from the Gupta family wedding website.