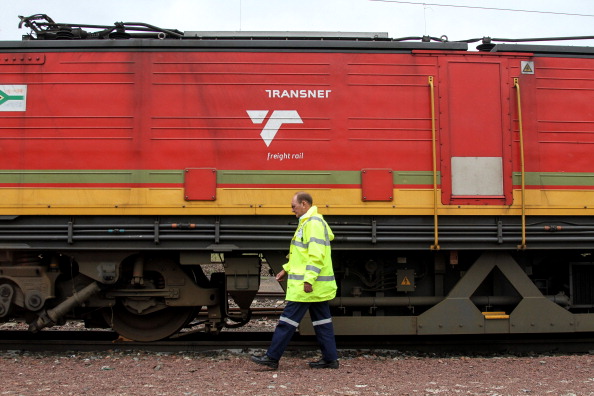 More than 60,000 pensioners are bringing a class action against Transnet.

They're apparently using the company's purchase of locomotives to divert funds to their offshore accounts. Emails reveal kickback agreements totalling R5.3-billion with a Chinese manufacturer.

The agreement shows procurement processes were allegedly influenced through their associates in the state-owned company.

It's alleged associates are pocketing R10-million from every locomotive purchased. Transnet buys the locomotives at R50-million each.

AmaBhungane, the independent investigative non-profit organisation together with Scorpio, the Daily Maverick’s new investigative unit, have launched an investigation, known as #GuptaLeaks which analyses a tranche of leaked emails recently acquired. From hereon, the results of their collective work will be referred to as #GuptaLeaks.

#GuptaLeaks reveals how in 2015 Salim Essa negotiated a deal between Tequesta Group Ltd and CSR (Hong Kong), a subsidiary of China South Rail (CSR), to supply 359 locomotives to Transnet at a cost of R18.1-billion.

#GuptaLeaks shows how procurement processes were allegedly influenced through their associates in the state-owned company.

Essa, the sole director of Tequesta and a close business associate of the Gupta's, would be entitled to an advisory fee of R3.8-billion for negotiating the “business development services agreement”.

In simple terms, a consultancy would receive 21% of the cost of the entire project merely for facilitating the deal.

#GuptaLeaks begins to connect the dots on how such an audacious deal could have been negotiated.

They identify Malusi Gigaba's appointment to the public enterprises portfolio in late 2010 as a key driver to the eventual project.

Gigaba rapidly made key appointments to the state-owned companies falling under his control.

In a short time, he had appointed Iqbal Sharma, an Essa and Gupta friend, to the Transnet board.

In 2011, Brian Molefe, now implicated in dealings with the Guptas, was appointed CEO of Transnet.

Later that year, Molefe attempted to appoint Sharma as chairman of Transnet's board, but this was vetoed by Cabinet.

Instead, Sharma was appointed chair of the Acquisitions and Disposals Committee, a new structure implemented to oversee large procurement's for the parastatal,

In 2012, Anoj Singh was appointed Chief Financial Officer of Transnet, with responsibility for procurement.

In July 2012, Transnet issued a tender for 1,064 freight locomotives, with a purported cost of roughly R50-billion.

In October 2012, Transnet announced the outcome of an earlier, “accelerated” tender under the terms of which CSR would supply the parastatal 95 electric locomotives.

In December 2012, Transnet appointed a consortium, led by global consultants McKinsey, to advise on the procurement of the locomotives. They would later come to a decision that a split tender would be awarded. Although this would increase the cost of each locomotive, it would ensure a more rapid supply of rolling stock and cut costs incurred through inflation.

In October 2013, Sharma's committee was asked to urgently approve the supply of 100 electric locomotives from a Japanese company, Mitsui & Co, pending the finalisation of the 1,064 tender.

Sharma immediately e-mailed Rajesh Gupta this information. He also included two draft letters - the first from himself to the department of public enterprises director-general expressing serious doubt about the acquisition and its transparency; and the second a draft reply from the director-general - which metadata shows, according to #GuptaLeaks, that Sharma authored himself - declining to grant approval for the project.

In March 2014, CEO Molefe announced the results of the split tender award. CSR was awarded 359, or 60%, of the 599 electric locomotives sought.

However, CSR was also awarded the 100 locomotives originally to be supplied by Matsui.

The value for each of the three Transnet contracts, according to a January 2015 reconciliation of the “receivables” CSR were to pay and had already paid, was R18.1-billion for the 359 locomotives, R4.4-billion for the 100 locomotives and R2.7-billion for the 95 locomotives. The “fee” CSR was to pay on each was R3.8-billion, R924-million and R537-million.

Thus #Guptaleaks calculates that 21% of the full contract price with CSR of R25.2-billion was paid in consulting fees, that being a sum of R5.261-billion - in effect scoring Gupta associates R10-million from every locomotive purchased at a cost of R50-million.

These fees were paid initially to two companies, one initialled as CGT and the other JJT, and later, with respect of the largest allotment, to Tequesta.

#Guptaleaks has as yet been unable to identify CGT, but has determined that JJT is JJ Trading FZE, a company with links to Piyoosh Goyal, who is involved in a mining joint venture with the Guptas in Mpumalanga.

#Guptaleaks indicates that "a Gupta whistle-blower told amaBhungane that JJ Trading was essentially a front for the Guptas: it signed the original agreements with CSR but remitted proceeds to Gupta companies."

For reasons as yet unknown, the two companies used as alleged fronts for the Guptas were terminated prior to the final deal, in which Tequesta negotiated the supply of the 359 locomotives.

Thus #Guptaleaks has begun to interrogate the vast sums of money involved to be exploited when gaining influence in state-owned enterprises.

It is expected that as the details of further e-mails are revealed, additional SOE's may well come under scrutiny.

Further details will be published in due course.